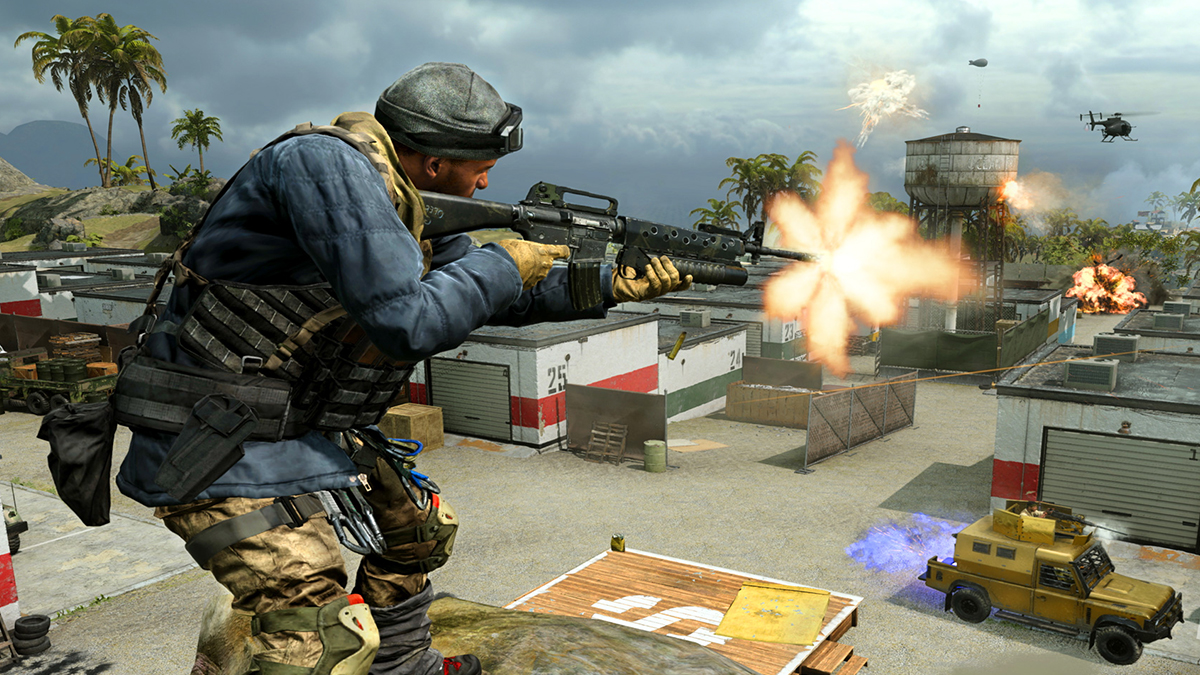 Call of Duty: Warzone, like other battle royale modes, has a variety of weapons littered all around its wide-open map. While most weapons you find will have no attachments, if you come across any rarer value versions, they will have useful attachments that can turn the tide of battle. If you can get your own loadout into the game, that’s even better so you can fight with the Modern Warfare loadout you are familiar with. Many of these guns you will recognize from playing Modern Warfare in the past. Here are the best weapons you can find in Warzone’s battle royale.

Related: Best places to drop in Call of Duty: Warzone

The best guns for your loadout in Call of Duty: Warzone

The AK-47 is an assault rifle that is one of the most popular choices in any Call of Duty game. It doesn’t necessarily excel at any particular area of the game but is at the very least acceptable everywhere. It’s a jack-of-all-trades gun that won’t ever let you down.

Generally, LMGs can be a not great choice to bring with you into a battle royale because of how slow they can be. The Bren, however, is probably the best choice in the class if you are looking for a high-damage weapon with a lot of ammo. It has great range with good accuracy. Just make sure you are hitting enemies from a distance because close-range fights will be tough.

The H4 Blixen is an SMG that deals a good deal of damage for its class with all the speed and fast fire rate you would expect. Making use of our loadout suggestion will also give you a large ammo pool to use. Like other SMGs, this is one of the best options for up-close encounters.

The HDR is a sniper rifle with high power and bullet velocity. If you are someone who prefers to try to pick off enemies from a distance, this gun will get the job done. Be sure you have a reliable secondary for closer encounters, though, because the fire rate is quite low.

The Kar98k is one of the best sniper rifles that you can use in Warzone. Topping out with its accuracy and damage, this weapon will put many enemies down before they even know what hit them. This should be one of your top choices if you are a headshot machine.

The Marco 5 SMG is arguably the ultimate weapon for aggressive players. It has a lightspeed fire rate that can be combined with 60-round drums and attachments to knock down any recoil. At the time of this writing, the Marco 5 is one of the newest weapons introduced to Warzone, so it will likely get nerfed at some point, but it is an incredibly strong weapon right now.

The MP40 is another SMG that is focused on speed and can take down enemies quickly. If you are an aggressive player, it will be one of your first choices because of the mobility it allows you to take advantage of.

The NZ-41 is one of the most reliable assault rifles you can equip in Call of Duty: Warzone. Its recoil has been heavily reduced, giving its high-power shots a lot of reliability from range. This is currently your best option in the AR weapon class.

The STG44 is an assault rifle that many players enjoy utilizing. After its buff following a Season Four update, this is one of the best options for dealing damage in the medium to long-range. It’s not necessarily a quick shooter, but if you get the drop on an enemy, they have pretty much been read their last rites.

The Swiss K31 is a sniper rifle with a very quick aim-down sight speed and fast bullet velocity, making it particularly adept at performing quick scopes. With that utilization, it is viable in both short and long-range situations.