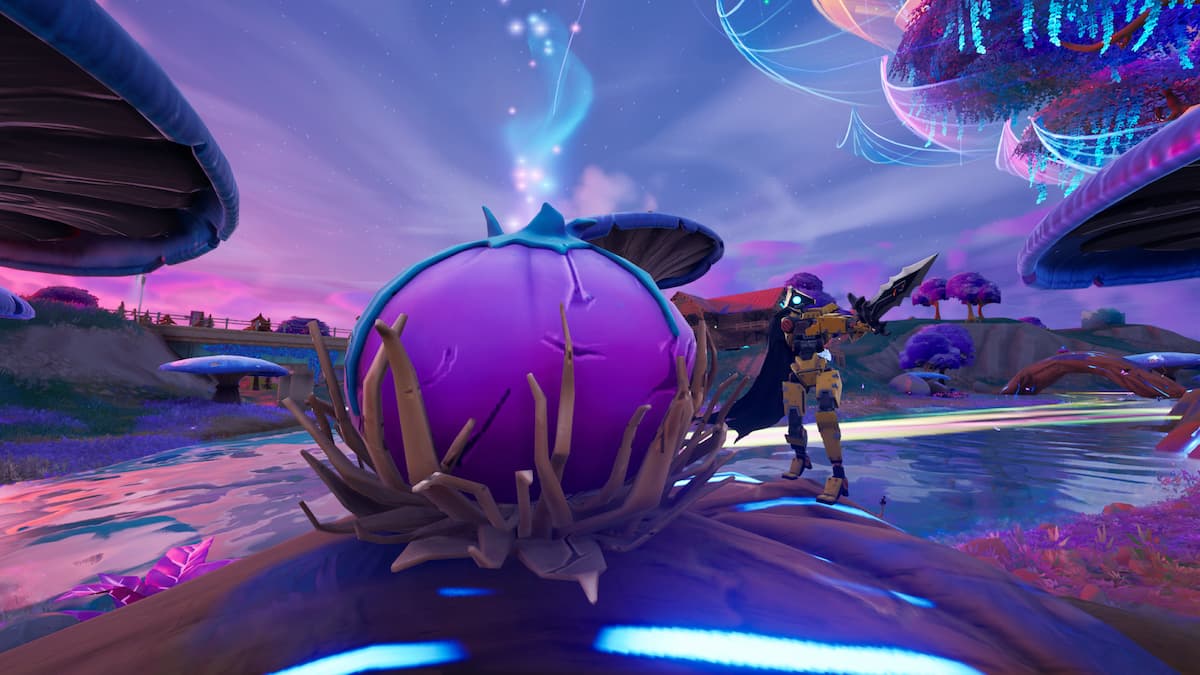 Fortnite Chapter 3 Season 3 has a handful of ways for players to earn healing supplies and weapons without even opening a chest. Although you can buy them with Gold, the best and cheapest method is by finding a Reality Seed Pod and planting its seed for a wealth of loot in return. It can even help progress your Battle Pass level with it being a part of a weekly challenge. Here is how and where you can break open Reality Seed Pods in Fortnite Chapter 3 Season 3.

Reality Seed Pods are round, purple plants that can always be found near named locations that have Reality Tree roots within them. As marked below, they can mainly be discovered within Logjam Lotus, Reality Falls, and the Butter Bloom landmark south of Rocky Reels. However, there are a few Reality Pods that spawn east of Rave Cave and east of Greasy Grove.

Related: Where to find the Combat Assault Rifle in Fortnite Chapter 3 Season 3

Once discovered, you can then swing at the Reality Seed Pod with your Pickaxe to break it open and extract its seed. These seeds should then be tossed onto the ground to grow Reality Saplings, trees that gift guns and health items. You can even obtain Mythic-rarity weapons by visiting and interacting with the same Reality Sapling over the course of multiple matches.

More importantly, you will want to break open three Reality Seed Pods in order to complete one of Week 6’s seasonal quests and gain its 15,000 XP reward. If that isn’t enough XP toward your next Battle Pass level, Week 6 holds several other challenges to help get you there. This includes purchasing an Exotic-rarity weapon from an NPC and using a Grapple Glove to catch a zipline while airborne.