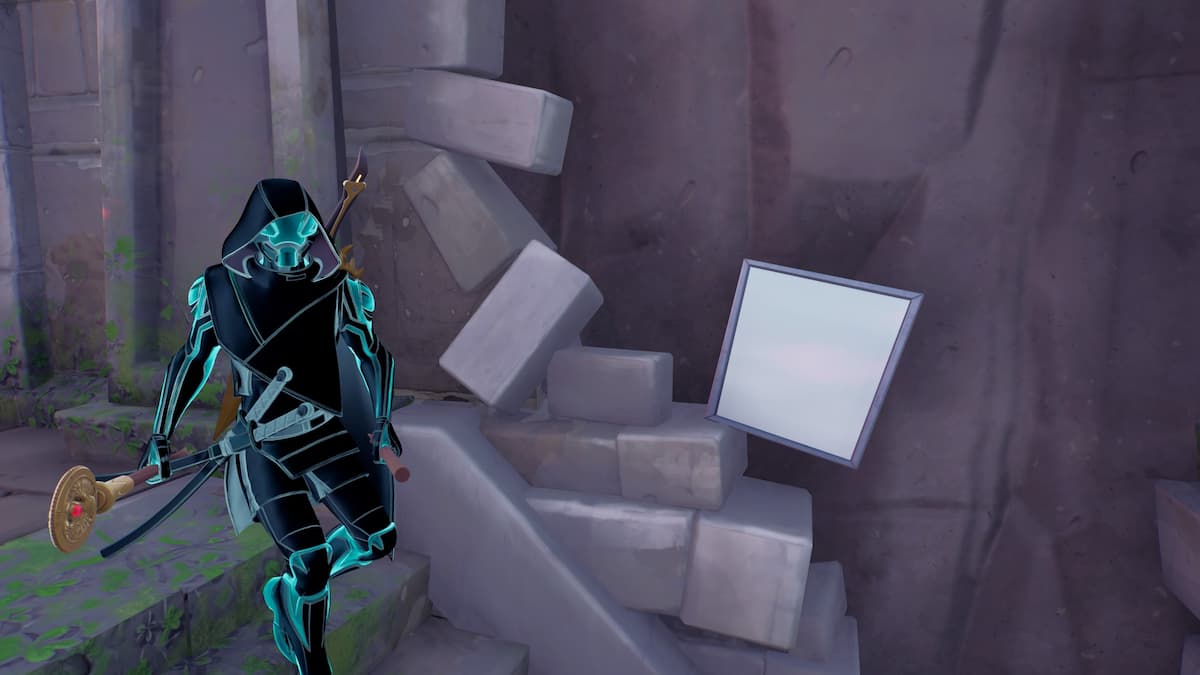 With two relics in hand, Fortnite players partaking in the Vibin’ Part 5 questline will have to collect one last treasure before reaching its last quest. Luckily, the puzzle is fairly simple, as you will be required to find and align three mirrors in a particular POI to reveal the last relic’s location. Here’s how to align these mirrors and what to expect from the puzzle.

Where to find the three mirrors and last relic in Fortnite

Similar to the last two puzzles, you can find this next one in the Shuffled Shrines point of interest between Rocky Reels and The Joneses. These mirrors are located in a shaft in the bottom left-hand corner of the location. You’ll know you’re in the right place when you spot the first mirror alongside its staircase (as shown in the featured image above).

Related: Where to find the Combat Assault Rifle in Fortnite Chapter 3 Season 3

You can then interact with this first mirror to align it, ultimately revealing a beam of light that will lead you to the next mirror. This process can then be repeated until you have interacted with the third mirror. By doing this, the third mirror will then point to a wall on the left of it where the relic should now be appearing. Once it’s picked up, the questline will then reward you with an additional 7,000 XP and the first part of the last challenge.

This next challenge requires that players attune the relic west of Sanctuary before heading back to Shuffled Shrines to enter its main chamber. After you’ve reached the chamber, you can get through its main door by finding symbols around the POI and solving its secret puzzle. Not only will this complete Part 5 of Vibin’, but you will also earn the Indy’s Dustoff Emote from the Indiana Jones questline.