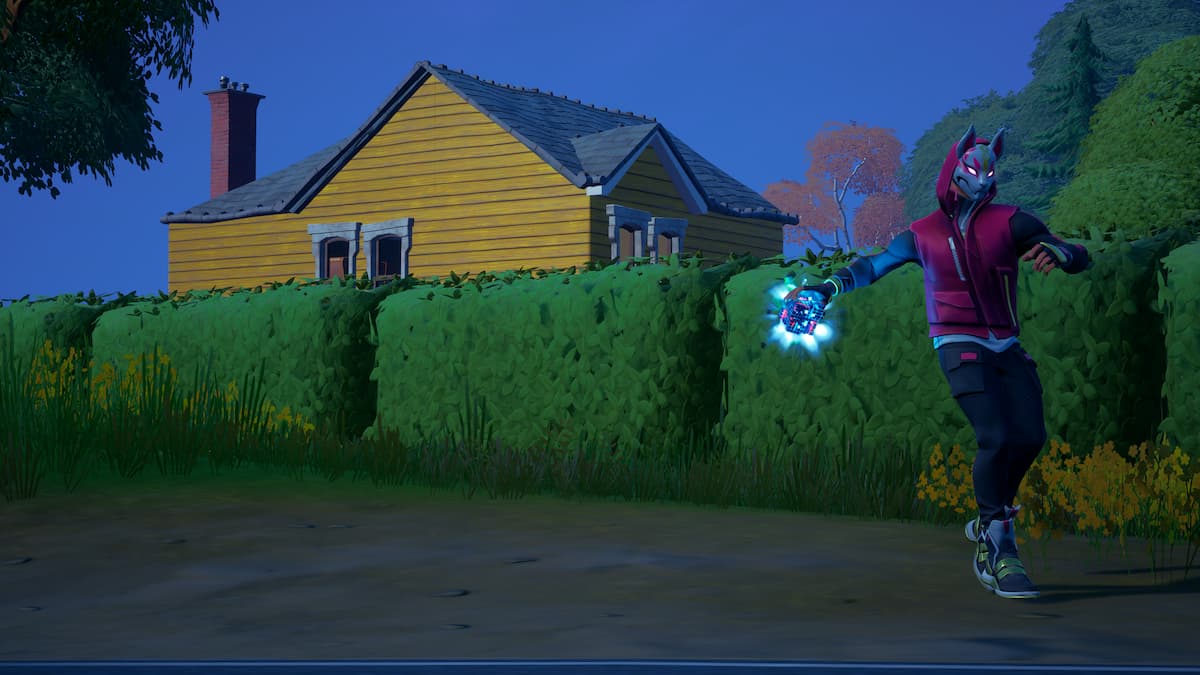 Updated June 8: Epic is investigating an issue with this challenge that is stopping some players from being able to complete it.

Original Article: One of the challenges in Fortnite Chapter 2 Season 7 Week 5 is to deploy some Alien Nanites. This means actually finding them first, which is currently a little awkward.

Alien Nanites should spawn from chests, and as ground loot, but are quite rare. They will be more commonly found spawning on the Abductors that hover above the island, transporting people close by the Mothership at the start of the match. Finally, they can spawn from chests in the Mothership loot room at the end of the mini-battle royale that is held there by the aliens.

Deploying the Alien Nanites basically means throwing them. They can be used as a grenade and thrown, creating a large cuboid of a new environment that will convey the low-gravity ability to anyone inside. Players can aim with their targeting reticle and jump, floating around inside it.

For now, a good place to find them on the island seems to be Holly Hatchery, which has replaced Holly Hedges on the west side of the island.

You can find the rest of the Chapter 2 Season 7 Week 5 challenges below: