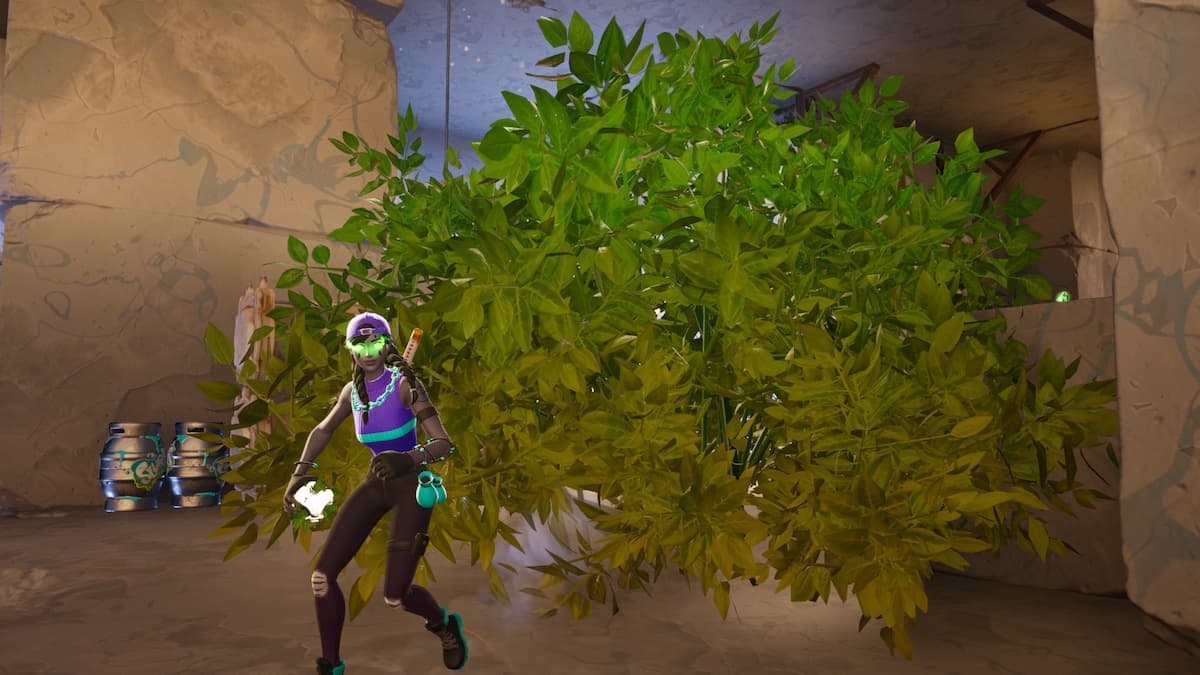 Fortnite players will see new challenges come to Chapter 4 Season 1 each week, but some are certainly not as easy as others. For instance, many can act as riddles, having players question what they need to do to earn their XP rewards. This includes the quest of hiding in different bushes that have been thrown down, as you cannot pick up bushes already on the map. Here’s how to complete this seasonal quest in Fortnite Chapter 4 Season 1.

How to throw down bushes and hide in them in Fortnite

Although you cannot lift bushes in the game, it is only possible to throw down bushes by finding and using the Big Bush Bomb. This item is a late addition to the season and allows its user to spawn a fake bush near them by pressing their respective shooting button. However, the biggest challenge in this quest is finding the bomb, as it can only be discovered from chests or as ground loot. That said, it is best to look through POIs with high amounts of standard and Oathbound Chests, such as The Citadel or Slappy Shores.

Luckily, you will only need to find one Big Bush Bomb to complete the quest. The item comes packed with two throwable bushes, so you will simply have to run into each after they are thrown down to earn the quest’s 16,000 XP reward. It is also worth noting that these bushes can even be attached to vehicles. Thus, you can also hop in cars or on bikes with a bush on them to earn progress in the quest.

Aside from the Big Bush Bomb, players may also run into the game’s other new utility item, the Falcon Scout. The scout is a flyable device that can endlessly scan for enemy locations, though it can even pick up and drop off valuable loot to its user. Both of these gadgets should come in handy when taking on the Oathbound questline, a set of rewarding challenges that pushes players into numerous dangerous areas.