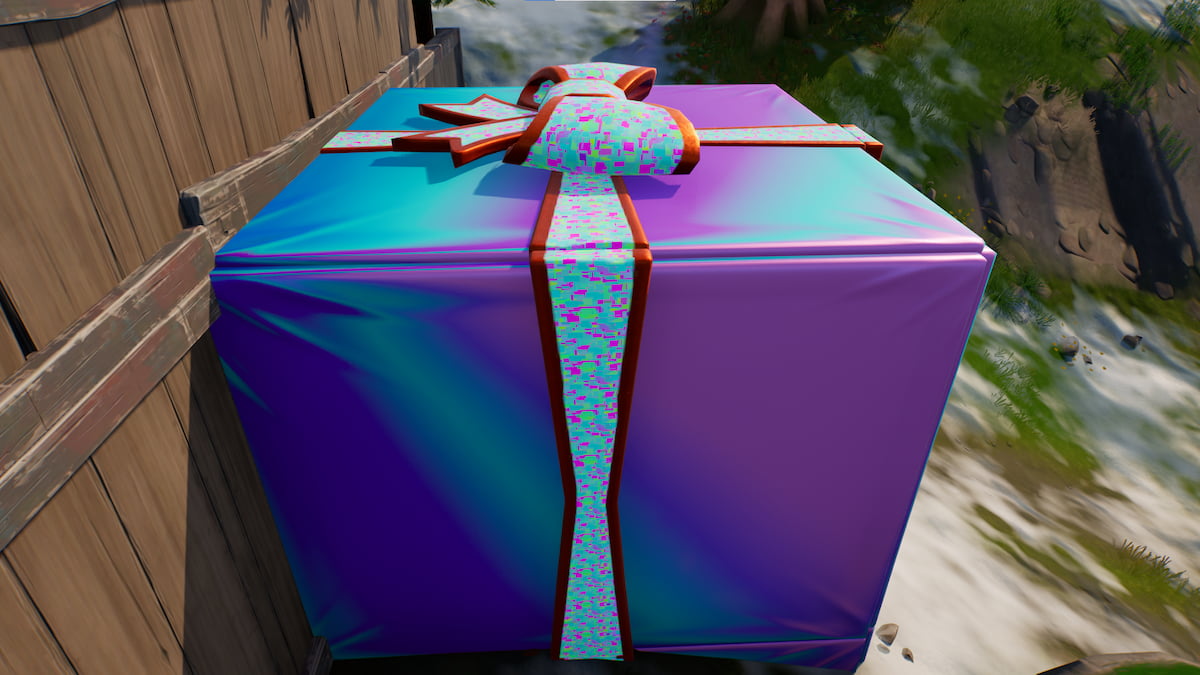 Fortnite players desiring some massive XP boosts this holiday season can look no further than the game’s Winterfest event. It debuts several new quests and items, and a great way to experience its content is by partaking in its challenge of throwing Holiday Presents in POIs. This not only rewards you with thousands of XP, but you will also discover some of the strongest weapons in the process. Here’s how to throw Holiday Presents at different named locations in Fortnite’s Winterfest event.

The first step you will have to take in the quest is finding the Holiday Present item. The holiday-themed tool is exclusively kept in chests and as ground loot, so it will require some luck in order to discover. In total, the quest asks that players find and throw three Holiday Presents — a terribly difficult feat considering the Legendary item has a low spawn rate. That said, it is best to check Brutal Bastion for it, as the POI holds an overwhelming 51 chests.

Once the item is found, you should then head to a named location and throw the present at any of its buildings by pressing your respective shooting button. It is important to note that this must be done at three different POIs, or else only one throw will count toward your progress. Although it is not needed for the quest, we recommend you destroy each thrown Holiday Present with your Pickaxe, as there is guaranteed to be at least two high-rarity weapons and healing supplies inside.

Related: How to pop out of a giant snowball and damage players within 10 seconds in Fortnite

After the quest is finished, the game will lend you an additional 16,000 XP toward your Battle Pass level. Players can also earn this same, impressive amount of XP by decorating traffic lights on the map and from dealing damage after popping out of snowballs. Keep in mind, you can also open presents outside the island for even better rewards. For a limited-time, Winterfest 2022 gives players the opportunity to open a wealth of gifts at Cozy Lodge for free cosmetics and accessories.