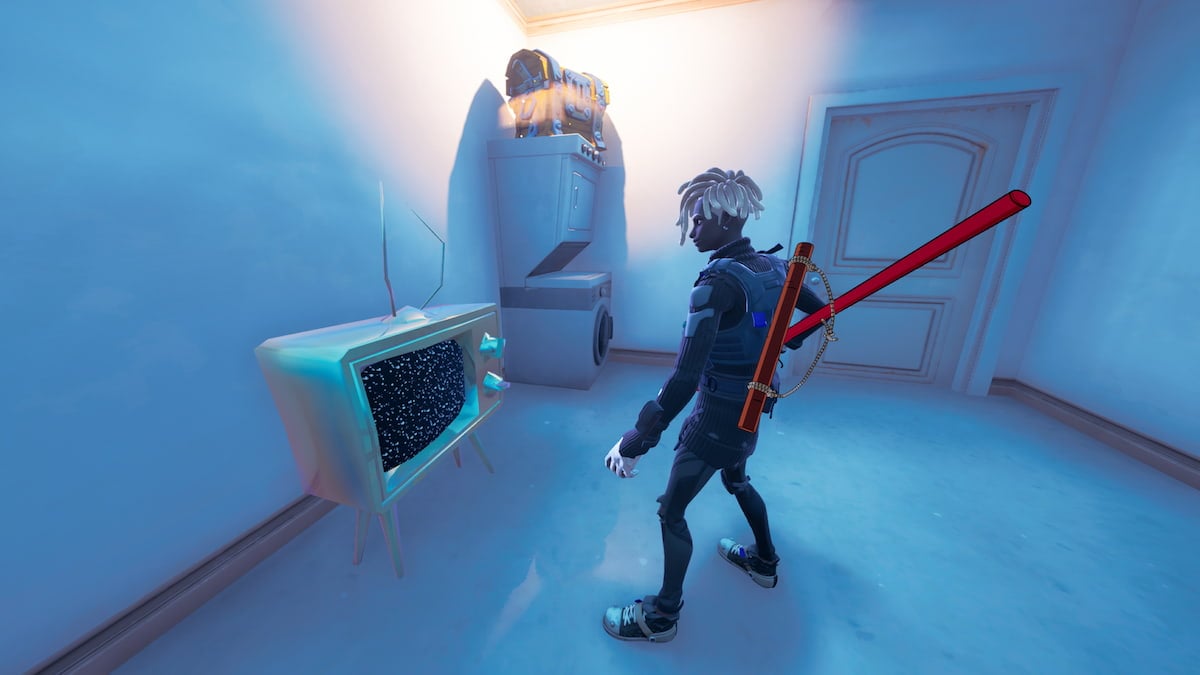 The Battle Pass owners of Fortnite Chapter 3 Season 4 are now being treated to more than just cosmetics. Those who unlock the The Nothing’s Gift Pickaxe can obtain additional styles for the tool by completing secret quests as Bytes. Though, players should also expect some interesting story lore along the way. This especially goes for the quest of tuning one bizarre TV with Bytes. Here’s where you can tune the TV and complete the questline’s first challenge.

Where to tune the TV for the Bytes Quests in Fortnite

As this is for the Bytes questline, the challenges can only be completed when wearing the character’s very own skin — though, you are free to rock any one of his several styles. You can then track down a TV by heading to one of two locations: inside the home in the top-right corner of Lustrous Lagoon or inside the garage in the Chrome-covered house that is west of Herald’s Sanctum. Once found, you can simply interact with the TV to turn the channel. A mysterious character only known as “The Nothing” will then speak to you from the channel, asking that you “prove your worth.”

If done correctly, you will first be proving your worth by dealing 2,500 damage with EvoChrome Weapons in return for a new The Nothing’s Gift style. There is no doubt this questline is shaping up to be an intriguing part of the season’s story, but it is not the only new piece of content that is on island. Thanks to the v22.10 update, players dropping into Battle Royale matches can also discover the Cobra DMR, a new marksman rifle with more speed and ammo than the original DMR.