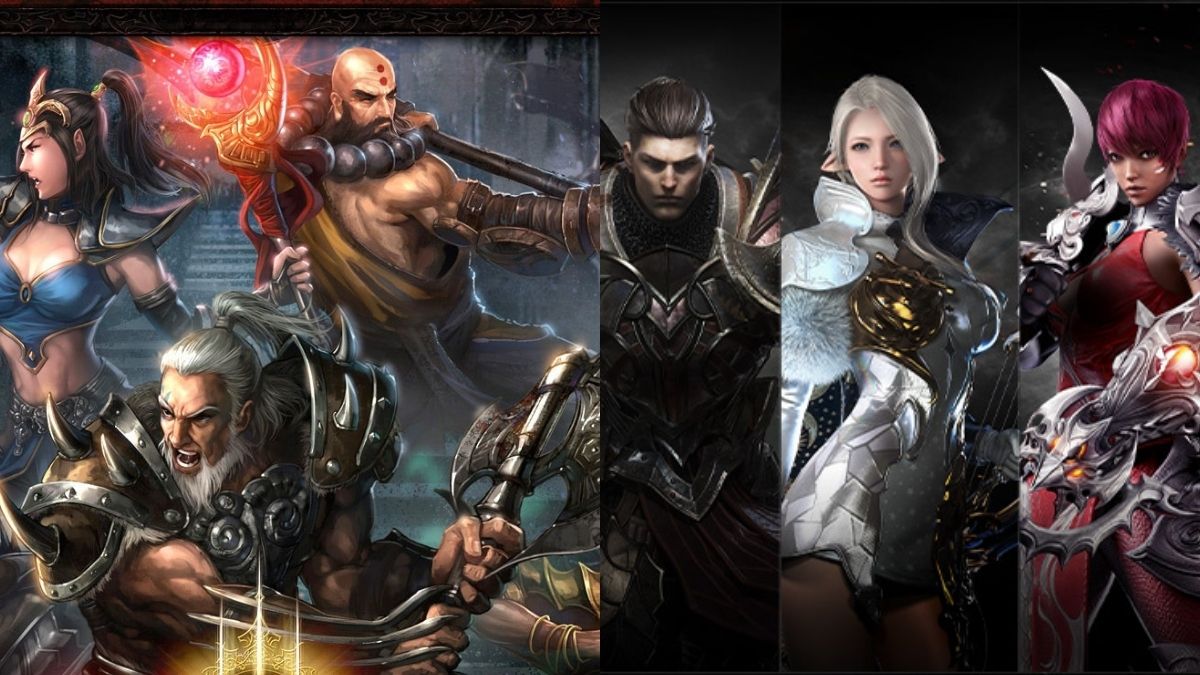 Images via Blizzard Entertainment and Tipod Studio and Smilegate

Many gamers have noticed the similarities between the hottest new MMO, Lost Ark, and the Blizzard Entertainment classic, Diablo III. So, if you’re a Diablo III fan, you might want to go into the game prepared to pick your favorite kind of hero. You could look up everything about each Lost Ark class yourself, or you could let us simplify the whole process for you. So, here’s a guide to which Lost Ark class will suit you based on your Diablo III main class.

If you prefer these righteous tanks, the comparison is pretty easy. Head to the Lost Ark Warrior class and play either the Paladin or Gunlancer sub-classes. They both are all about heavy attacks and holy light. Any Warrior class in Lost Ark will probably scratch that tank inch of yours, but just like how Barbarians and Crusaders are different, Paladins and Gunlancers are much more likely to fit your Crusader playstyle over Berserkers.

Monk players are in luck because the entire Martial Artist class is basically a collection of Monks with special interests. They all focus on close-range kicks and fists to take down the enemies storming towards you. If you prefer punches, Soulfist might be your style. If spiritual manifestation gets you going, Striker might be the better option. Just check out their different kits, Monk mains, and go from there.

No surprise here, the class that fits a Wizard main best is the Mage. However, the Sorcerer sub-class is particularly similar, giving you the option to play with the elements as well as energy attacks. It plays very much like a classic Diablo III Wizard. It’s basically a Wizard with different clothes on.

If you want something based on positioning and magic but a little bit different, you might enjoy the Bard. They’re also a Mage, but their powers are a little more musical in nature.

This melee king’s best equivalent is currently the Berserker sub-class in the Warrior class. It’s a bit more “big longsword swing slow” than the Barbarian is, but when you get to moves like “Whirlwind,” you’ll be feeling like the classic Whirlwind Barbarian everyone knows and loves. Also, if you’re a real Barbarian main, you’ll really love the kind of crazy one-hit damage the Berserker can do.

However, the yet-to-be-released, heavy-hitting Destroyer sub-class is also a good stand-in for your Barbarian fave. So, if the Berserker is too slow for you, Destroyer might be your perfect option when it comes out in Europe and the Americas.

All Gunner classes kind of have that Demon Hunter flair; you’re doing those somersault leaps over enemies, you’re stuffing them with bullets, etc. However, since many gunners are bullet-based, they can feel a little too shotgun and sniper for the most hardcore Demon Hunter lovers. Cue the Sharpshooter. This subclass’ arrow-based attacks feel a lot closer to the Demon Hunter’s crossbow abilities, with raining, spinning, and heavy shot arrowheads tearing the enemies to pieces.

If you love the trap and tech side of Demon Hunters, though, you might have to wait until the unreleased Scouter subclass.

Currently, there are no summoner classes. However, there are the unreleased Summoner and Reaper classes that would be able to scratch those Witch Doctor and Necromancer itches once they’re out. The Reaper summons shadow creatures (much like the Necromancer’s skeletons and corpses) and does tons of damage with their scythe and other fast attacks. The Summoner will give you Witch Doctor vibes just because they can have an entire army at their disposal: from horses to birds to one giant, devastating soldier (think the Gargantuan). So hopefully, in the coming months, we can enjoy summoner-types like these Diablo III classics.