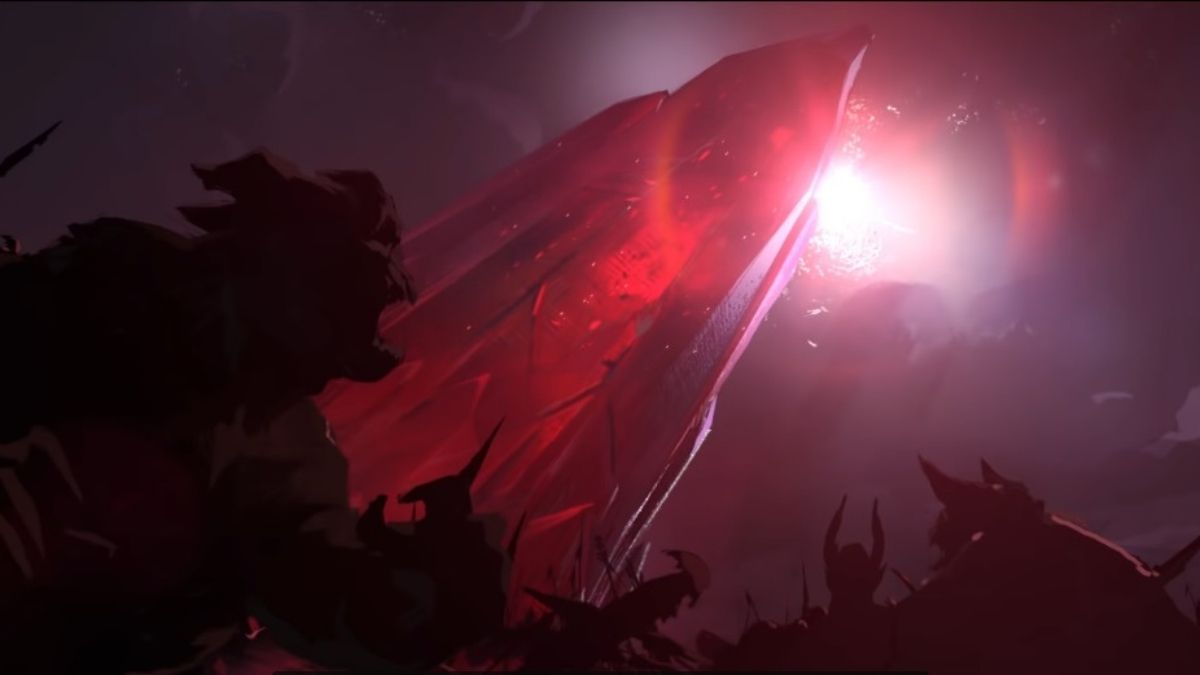 In Diablo II: Resurrected, the Prime Evils have two goals: free all three brothers and corrupt the Worldstone. Despite the fact it’s a central motivation for Mephisto, Diablo, and Baal, the Worldstone can be a tad confusing. After all, it’s an object drenched in history and lore, all the way back to the beginning of mankind.

Before the Great Evils or the Archangels, there existed Tathamet and Anu. Anu was the first being in creation, a man who wanted a better future for the universe. Shortly after his manifestation, he decided to purge himself of all evil. From that purging, Tathamet was born. Tathamet was the original Prime Evil, a multi-headed dragon whose heads eventually turned into the seven Great Evils. The two battled for millennia until they both died, spawning heaven and hell, angels and demons.

However, after his death, Anu left behind the Worldstone. Its purpose was to be the center of Creation, a foundation for all realities and possibilities. Both angels and demons wanted to control it. Angels wanted to foster growth and order and demons wanted to breed destruction and chaos. The angels built the Pandemonium Fortress around it to protect it, and the fortress changed hands many times over the eternal conflict.

Eventually, though, a band of rebel angels and demons (led by Inarius and Lillith) tired of the fighting and used the Worldstone to create a pocket dimension around it, named Sanctuary. There, they hid the Worldstone in Mount Arreat and let it form the world around them. Sanctuary would eventually become the world of nephalem and man, the descendants of angels and demons.

A large turning point in the Eternal Conflict was when the Lesser Evils rose up and trapped the Prime Evils in Sanctuary. This Dark Exile is what led to Diablo‘s existence below Tristam in the first Diablo game, and Mephisto and Baal‘s placements in Zakarum and Lut Gholein in Diablo II. However, even the strongest humans struggle in the face of the Prime Evils, so the trio eventually became strong enough to break out of their prisons and start a new assault on heaven. Now fighting in Sanctuary instead of heaven or hell, the Prime Evils turned to the Worldstone to give them an upper hand. After all, the stone created this world, so if they infused their own power into the stone, they could corrupt the entirety of mankind into a new, demonic army.

Despite the hero’s best efforts and the destruction of the Prime Evils, the player character was too late to stop Baal’s corruption. This pushed Tyrael to destroy the Worldstone to ensure its influence didn’t turn Sanctuary’s residents evil, protecting the good in humanity.

Aftermath of its corruption

The loss of the Worldstone greatly complicated the eternal conflict. Topographically, it turned Mount Arreat into a crater. Also, the Barbarian peoples that protected the area lost their homes and their culture. Its destruction scattered them across the world.

Though Tyrael’s actions stopped demons from corrupting humanity, he was still punished for eradicating such a powerful artifact. Many angels would have preferred wiping out humanity before destroying the Worldstone. Tyrael was sentenced to a life of mortality for his decision.

And when it came to Diablo III, the lack of a Worldstone made it much easier for Azmodan to summon grand armies of demons to take over Sanctuary in the name of hell. Also, even in shards, the now corrupted Worldstone has had negative effects on the land (see the plot of Diablo: Immortal). Both occurrences forced new heroes to fight back against the demonic forces in hopes of not only saving Sanctuary but also proving humanity’s worth to the angelic council.