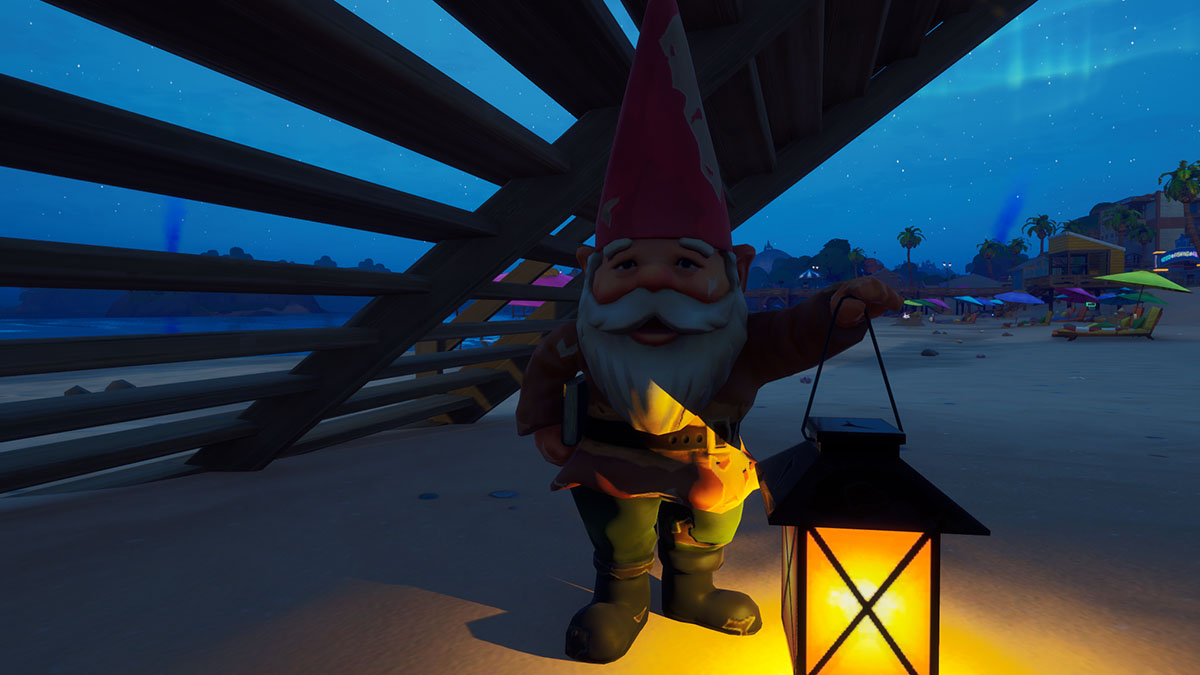 You may remember the recent GNOM Talk challenge that appeared in Fortnite. During the talk, the Gnome speaker appeared to have been killed by an exploding Slurp barrel. Well, the sly devil is still alive and features in another challenge that went live in the game after update 14.20.

You can find him hiding under a wooden staircase in Sweaty Sands, talking to another Gnome. It’s a secret meeting, and it is obvious the two of them are up to something. If you go to the point marked on the map below by the blue chevron and give the cheeky GNOM Talk guest a smack with your harvesting tool, he will disappear, and you will get 20,000 XP. Now it is time to move on to the next step, The Lair.

It seems to us that these cheeky Gnomes are trying to reignite the Gnome and Bear war that raged during the previous seasons. Obviously some Gnomes don’t like that a peace accord was signed between both sides, and are now looking to make it seem that the bears have assassinated a prominent member of the Gnome community. This is not going to end well for anybody.

Don’t forget, there will be more challenges coming on Thursday, September 24, as new map challenges and a new Wolverine skin challenge will be going live in the game. You can find all this week’s upcoming challenges listed below.