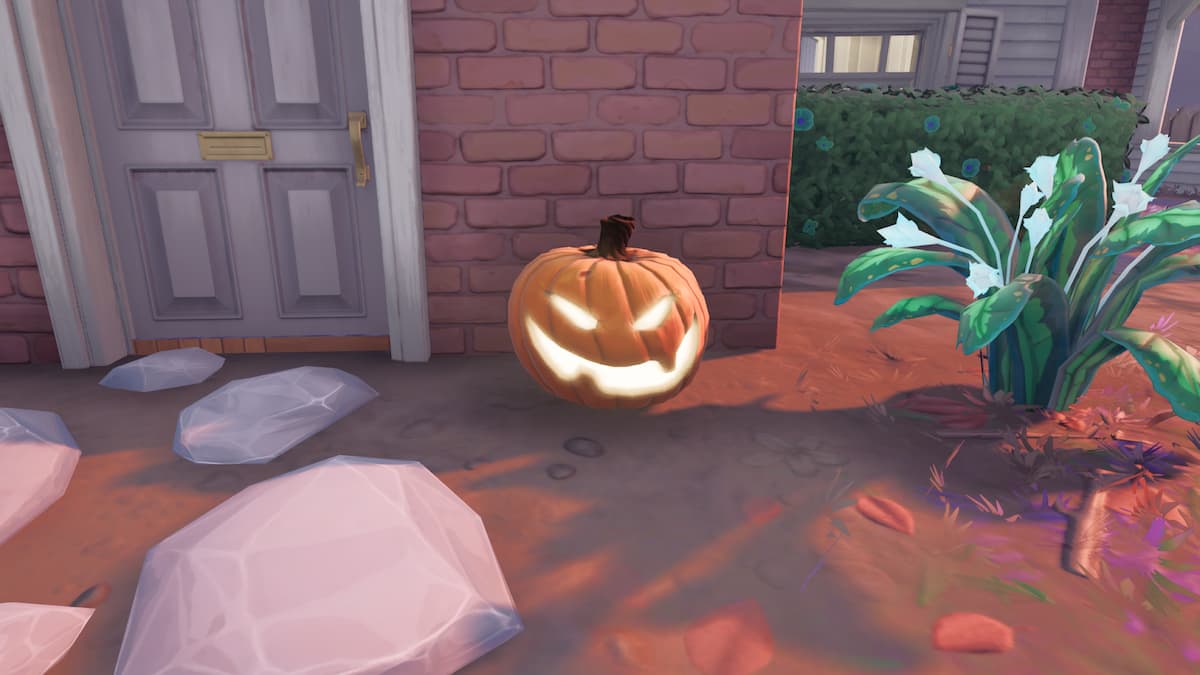 A handful of Fortnite Chapter 3 Season 4’s Fortnitemares quests task players with traveling around the map to discover Halloween-themed props. The objective is no different in the challenge of destroying jack o’ lanterns with a ranged weapon. Though, it won’t be an easy search. These pumpkins only spawn in particular areas within a limited number of named locations. Here’s where to find and destroy jack o’ lanterns in Fortnite.

Jack o’ lanterns are held exclusively within three named locations: Greasy Grove, Tilted Towers, and Fort Jonesy. Those willing to risk dropping into a hot area should head to Fort Jonesy, as it holds more than six jack o’ lanterns. No matter which location you go to first, these engraved pumpkins are always guaranteed to spawn outside of the entrances of homes and cabins. All jack o’ lantern locations can be found marked and detailed below.

Related: How to find and defeat Willow in Fortnite Chapter 3 Season 4

It is worth noting that you can use any weapon aside from a Harvesting Tool to destroy the pumpkins and make progress toward the quest. Once you have splattered five jack o’ lanterns, the Fortnitemares questline will then reward you with a free Spray. Players wanting additional cosmetics from the event can also earn a contrail from destroying haunted household furniture and a Music Pack after finding all four Terrifying Tablatures.