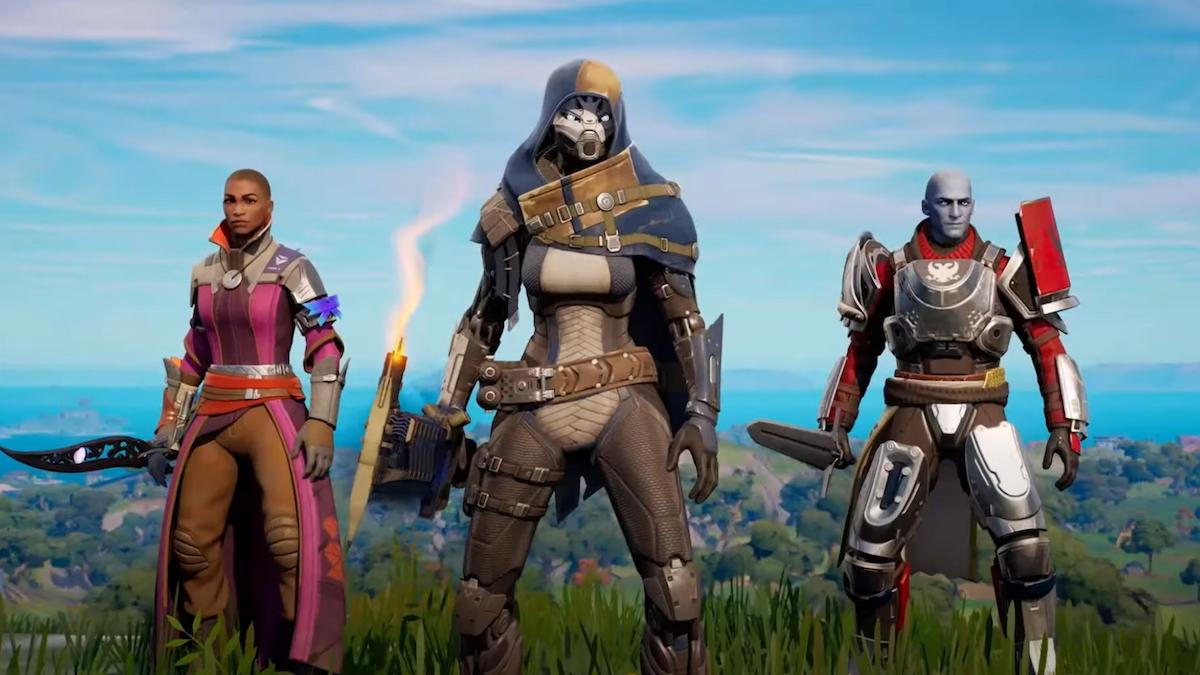 Image via Bungie and Epic Games

As announced during Bungie’s Destiny 2 showcase, Exo Stranger, Zavala, and Ikora will be the Destiny 2 characters joining Fortnite. These characters will join the game’s roster on August 23 to accompany Destiny 2’s launch on the Epic Games Store. Each character will also include their own unique glider, pickaxe, and back bling.

Fortnite won’t be the only Epic-owned title receiving Destiny 2 cosmetics. Fall Guys will also receive some Destiny-inspired skins. On Bungie’s side of things, Destiny 2 itself will receive a few skins modeled after some original Fortnite characters, specifically the Black Knight, Catalyst, and Omega.

As for Destiny 2, Bungie pulled back the curtain on both the Season of Plunder, as well as next year’s Lightfall expansion, which will take players to the planet Neptune, during its recent Destiny 2 showcase.