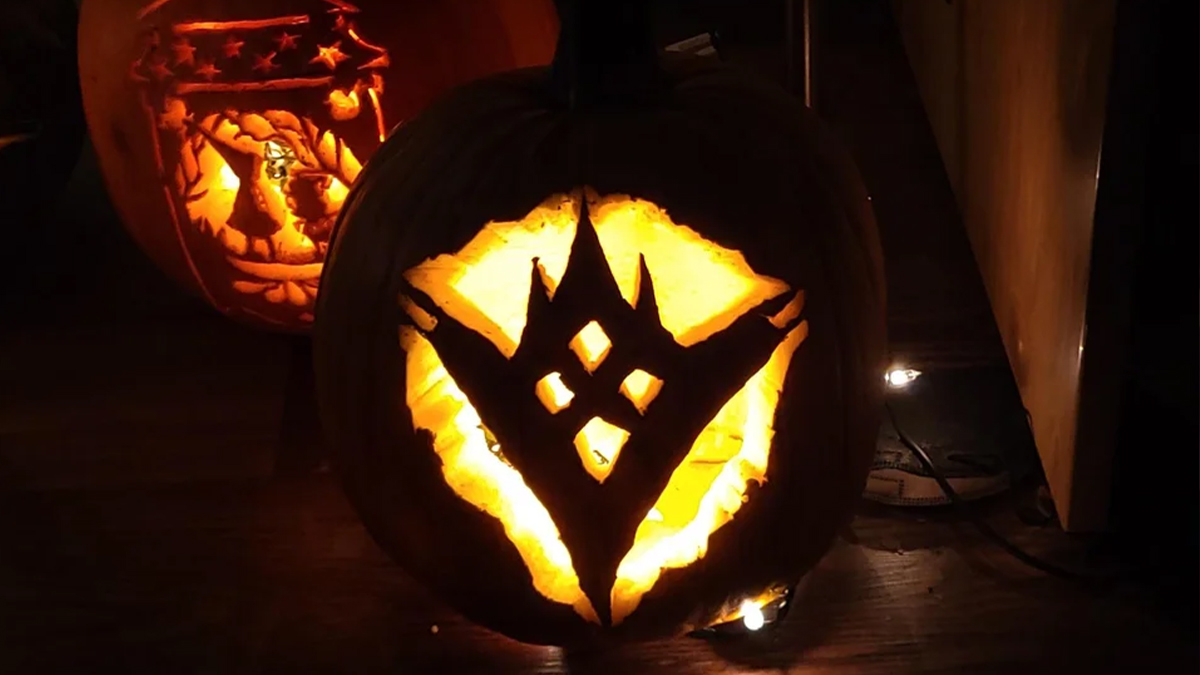 Destiny 2 players have repeatedly proven themselves to be one of the most creative communities in gaming fandom. It’s Halloween time, and while players can celebrate the spooky season in-game with the annual Festival of the Lost, many are also doing some real-world arts and crafts.

Namely, we’ve seen a handful of creative pumpkin carvings from members of the Destiny 2 subreddit. One of the most impressive comes from TilledWord16, who expertly carved the Taken King logo into their jack-o-lantern (as seen at the top of this article). Oryx, the titular Taken King, returned in a remixed King’s Fall raid earlier this year, so it’s a timely choice.

Not to be outdone, negativecacti made an “attempt at the no respawn icon” that appears at certain points during Destiny 2. The sad skull looks pretty good, and the natural splotchiness of the pumpkin only adds to the whole aesthetic.

Finally, we have a pumpkin based on the Headless from user Jovios. It’s a simpler design than our other two examples, with just a third eye added to a standard smiling jack-o-lantern, but it definitely resembles the ghostly enemies that Guardians can battle in Destiny 2’s Haunted Sectors. All in all, these three pumpkin carvings are great examples of the community’s creativity.

As for the Festival of the Lost, the annual event is running from now through November 8. The festival always focuses on spooky stuff, but this year’s celebration is all about literal ghost writers. Ghostly enemies can drop Spectral Pages, which can then be turned into Manifested Pages. These serve as currency for unlocking lore in the Book of the Forgotten.

In addition to collecting the ghostly pages, players can also wear a Starhorse mask and get Candy, another special currency for Festival of the Lost. Any player who completes all the event challenges will earn the Ghost Writer title, tying in to the page theme.