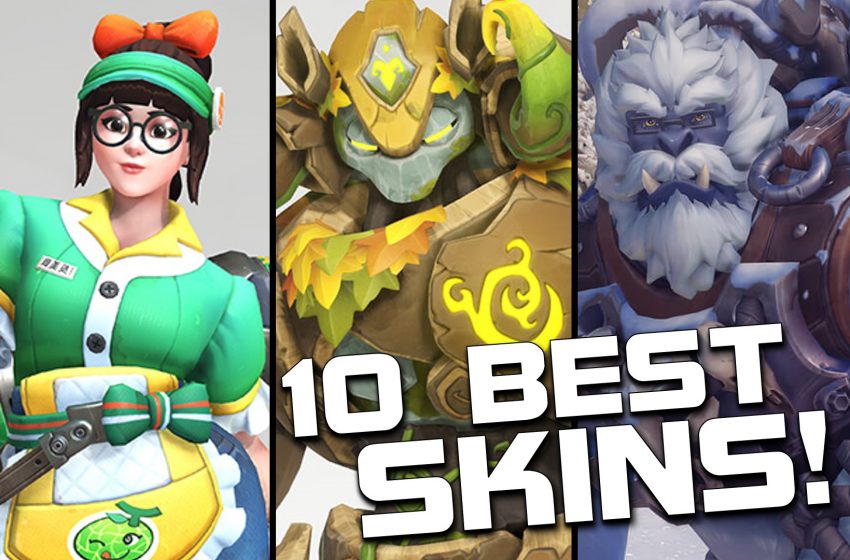 Overwatch has been out for almost four years now, and with every update and event that has come and gone, the design team has been given new chances to be creative and experimental with character designs and their various skins. These skins, especially the legendary skins (which change a character from the ground up), are what make opening the game’s loot boxes really exciting. Skins are how other players in the game see you and can often reflect or even become a big piece of your identity when you play.

With hundreds of skins to choose from, rounding up the best of the best isn’t easy. While our original list contained 30 skins, and cutting this down broke our hearts a little, we stand by these top 10 choices.

This is the only epic that made the list, but it made it with good reason. The color scheme plays so well into Lucio’s signature color (green) and the snakes on his head are so clever and well crafted. It’s simple but effective, and definitely memorable.

This skin is not only cool, he’s the star of the winter event game Yeti Hunter. Even if you don’t own this skin, you’ve seen it. The cool thing about this skin is that it turns a gentle character like Winston into a mighty beast. So don’t get him angry. You won’t like him when he’s angry.

The first time we saw this skin, our jaws dropped to the floor. Symmetra looks like a queen of the underworld. This skin is badass and sexy all at once. Her presence as The Summoner in the Halloween event is strong and added a much-needed new element into the Junkenstein’s Revenge game mode.

If event/specialty skins weren’t allowed on this list, this skin would be No. 1. It is by far the best non-event legendary skin in the game and had serious competition to not be higher on this list. The color scheme, the modeling, all scream sci-fi hero—we could easily see this design as a TV or comic lead.

This skin is ethereal and delicate, fantasy with a touch of sci-fi. This skin half feels like it could’ve walked out of an ’80s throwback universe like She-Ra, while the other half is innovative and takes the designs to a place similar designs haven’t gone before. And that hair color is such a bold statement.

If this list was a cuteness contest alone, this would be even higher. From the frills to the short shorts to the polka dot knee-high socks, Mei is 100 percent rocking this look. It’s become a popular cosplay, and let’s just say if nothing else, it’s broken the internet in many ways.

Maybe this skin isn’t as showstopping as some of its competition, but it’s hard to not love socks-and-sandals wearing, Hawaiian-shirt clad gay dad at a barbeque, saving his DPS players with soft drinks. It is physically impossible to dislike this skin. Drink up.

This skin was the nail in the coffin that finally made some on staff buy Overwatch. Like Cyberspace Sombra, we could see this design being the star of his own sci-fi media, and like Dragon Symmetra, this skin is badass and sexy all at once. It is by far the best male skin design in the game.

This skin is honestly just incredible, and it’s the best newer event legendary in the game. The attention to detail, the coloring, all of the pieces so lovingly crafted… It really could stand on its own as a flagship character in a fantasy game. From afar it’s cool, but the more you zoom in, the better it gets.

Mercy is the only hero that made the list twice. This skin is 50 percent magical girl, 50 percent Soul Calibur-style Valkyrie, and 100 percent showstopping. The pigtails and ribbons are done so well, the layering on the outfit is unique and fresh, and the wings are epic. This skin was given to everyone who donated to breast cancer research for a special event, so it’s not even just the fact that the skin is amazing, it’s a skin you can feel good about owning.

Honorable Mentions: While we couldn’t feature them all, others that almost made the list include Warlock Ashe, Witch Mercy, Krampus Junkrat, Sanye Orisa, Possessed Pharah, Cruiser D.va & Swamp Monster Doomfist.

Note: This list does not include any Overwatch League/All-Stars skins.