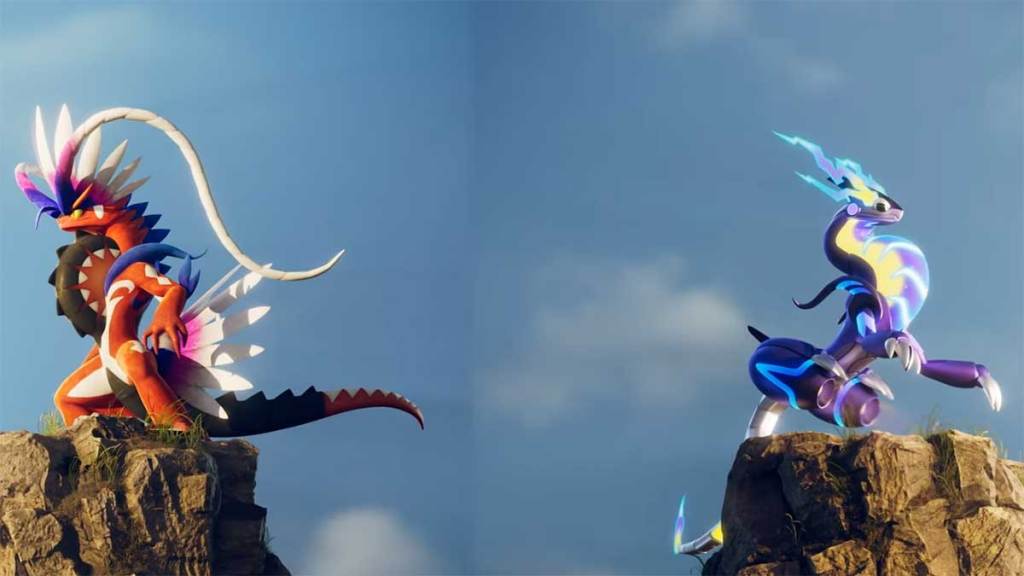 All legendary Pokémon in Pokémon Scarlet and Violet

Following the second trailer, we know of two featured legendaries for Pokémon SV: Koraidon and Miraidon.

Koraidon will be the featured legendary Pokémon for Pokémon Scarlet. You’ll have a chance to catch this Pokémon as you progress through the game. Unfortunately, we do not know what type of Pokémon it is.

Miraidon is the featured legendary Pokémon for Pokémon Violet. You will have a chance to catch it as you progress through the game and explore the region. We do not know what type of Pokémon it is.

Beyond these two Pokémon, we can expect to see more legendary Pokémon added to Pokémon SV. Additionally, it has been confirmed that this game will have Pokémom HOME capabilities, which means any Pokémon you’ve added to your roster on this platform can make their way over to this game. For example, if you catch Zacian or Zamazenta from Pokémon Sword and Shield and add them to Pokémon HOME, they can join you in Pokémon SV.

Hopefully, all of the legendary Pokémon available on Pokémon HOME can be transferred to SV, but limitations might be placed on the game.