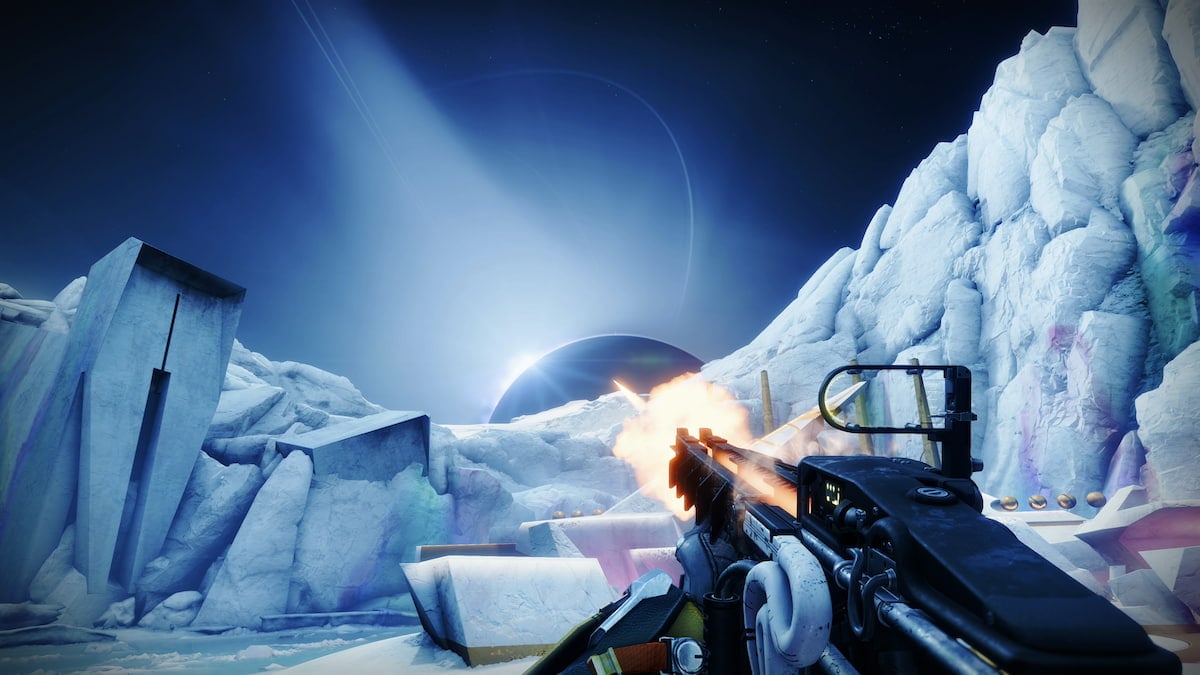 Since its inception, Kinetic weapons have been an important tool for Guardians in Destiny 2. Depending on the artifact mods available for a given season, their popularity, effectiveness, and usage vary. Bungie has taken great care in adjusting Kinetic weapons to keep them relevant in challenging content. Stasis weapons reside in the primary slot as well.

Kinetic weapons can consist of primary and special ammo, and balance changes have made kinetic weapons relevant despite the growing power of special and heavy weapons. This list will break down the best Kinetic weapons in Destiny 2, why they are good and how to earn them.

How to find and unlock sunset weapons in Destiny 2

Destiny 2 has been around for quite some time. Many old seasons and campaigns don’t currently exist in the game, but some of the weapons from sunset content remains. In the Tower, head to the Vault Terminal to find an Exotic Archive. This archive contains legendary and exotic weapons from story content that no longer exists in the live game.

Each section of the archive is divided into different seasons and previous expansions. Each weapon will cost a considerable amount of in-game resources. With this being said, let’s move on to the list.

The best Kinetic weapons in Destiny 2

Linear fusion rifles are next to rocket launchers as the best damage-dealing weapons in Destiny 2. Arbalest has the rare distinction of being a Kinetic Linear Fusion. This exotic weapon also comes equipped with traits that allow Arbalest to be helpful in every Destiny 2 activity. Its Compounding Force exotic trait will enable it to destroy any enemy shield, even if Match Game is active during challenging pinnacle content.

This trait also comes equipped with Anti-Barrier rounds, allowing it to destroy barrier champion shields with a single shot. It only requires special ammo to fire, which gives it an excellent ammo economy in all situations. This exotic can drop from any exotic engram in the game or from Xur on weekends, where he sells it directly.

The Austringer is a fan favorite legendary hand cannon that returned to Destiny 2 during Season of the Haunted. This hand cannon can come equipped with a bevy of fantastic rolls and can also be crafted. Crafting this weapon will allow you to customize the gun to your liking with enhanced traits, helping it keep pace with exotic hand cannons.

The Austringer can be found in the Leviathan; opening chests hidden in this location can help you earn this rare but powerful weapon.

Chroma Rush is an auto rifle first introduced during Season of the Splicer. This rapid-fire weapon can come equipped with some powerful perk combinations. If you can get your hands on a variant with Subsistence and Rampage together, not many other full-auto armaments can provide the speed, and damage output Chroma Rush is capable of.

This weapon is randomly sold by Xur when he appears on weekends. Check every Friday to check if he has Chroma Rush on hand.

Pardon Our Dust is a rare legendary kinetic slot grenade launcher. It’s a lightweight frame that uses special ammo. What makes this weapon useful is the weapon perk Blinding Grenades. Blinding Grenades can be used to blind any enemies caught in the blast radius of your shots. This perk is vital and valuable in any challenge Destiny 2 can throw at you. Grandmaster Nightfall Strikes and Raids are much easier if one player uses this weapon and perk combination.

This weapon can drop from Xur’s treasure hoard that launched with the 30th-anniversary expansion. You can farm rank points to earn more opportunities to have this weapon drop from this unique loot pool.

Peacebond is a Stasis Sidearm that is equipped in the Kinetic slot. This robust and versatile gun is one of the best PVP weapons in Destiny 2. Its unique perk combinations, such as Headstone, can help you freeze and stop enemy players dead in their tracks.

This weapon can be earned during the weekly Iron Banner event. Talk to Lord Saladin while an Iron Banner event is active and follow his quest steps to earn Iron Engrams which can contain this versatile Sidearm.

Related: How to get the Osteo Striga Exotic in Destiny 2

Osteo Striga is Destiny 2’s first crafted exotic weapon. This Submachine Gun fires toxic projectiles that home in on enemy targets. It inflicts poison damage over time, and any enemy defeated while poisoned will spread this effect to nearby targets. This SMG is one of, if not the best, crowd-clearing kinetic weapons in Destiny 2. It shines in combat featuring large amounts of enemies during major encounters.

You must purchase the Deluxe Edition of the Witch Queen Expansion to have a chance of earning this weapon. Once the Witch Queen is completed, the weapon pattern can be used at the crafting table to build your variant of this exotic weapon.

Witherhoard is an exotic grenade launcher that has dominated the popularity charts since it was introduced in the Season of Arrivals. The exotic trait allows this weapon to shoot a darkness-infused grenade that can cause damage over time to an enemy and spread that effect around the environment. The exotic catalyst allows this weapon to reload while it’s stowed. This weapon’s damage output will enable it to dominate PvP and PvE content.

This weapon can be found in the Exotic Archive detailed at the top of this list. Buying this weapon is expensive and will require these materials and glimmer costs:

Once you have these resources, head to the Tower and purchase this weapon to wield one of Destiny 2’s best kinetic weapons. Many other kinetic weapons can be effective, and the changing seasonal artifacts can affect which weapon class can genuinely shine at any given moment. This list is a great starting point for diverse and powerful armaments regardless of which artifact mods may be in the rotation.