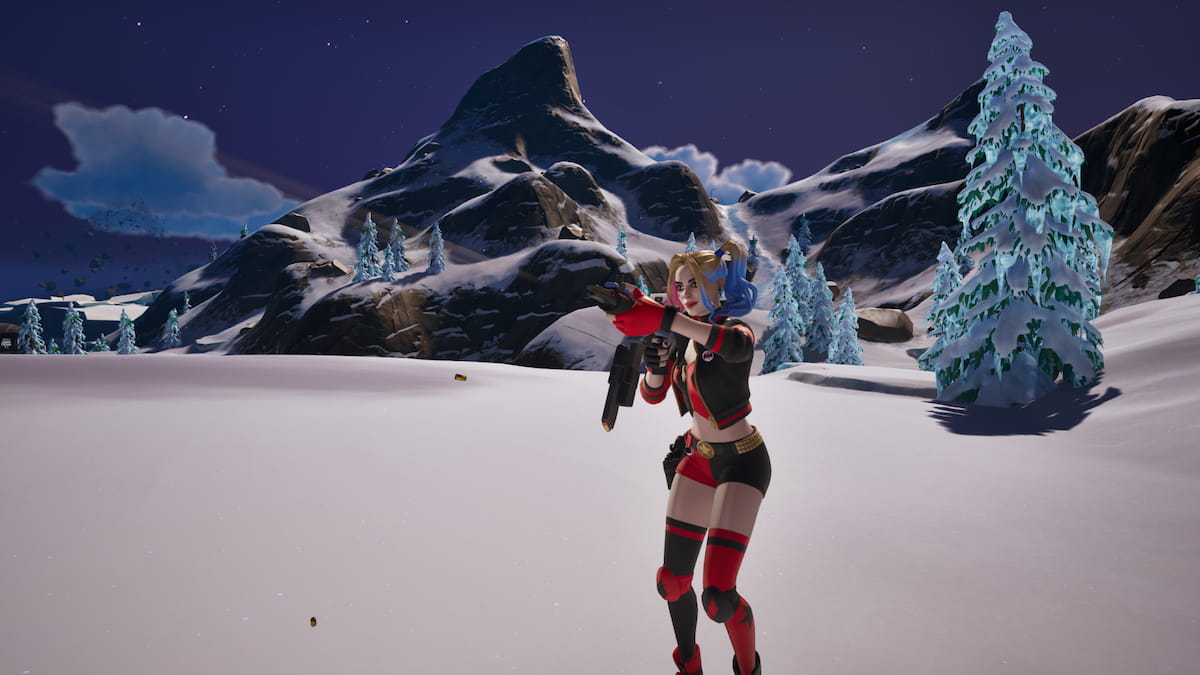 There’s no better time to jump into Fortnite than during the holiday season. The battle royale restores its annual Winterfest to bring players a swath of free items, a decorated map, and a handful of winter-themed quests. That said, you cannot have winter challenges without snow, and one even tasks players to find and fight opponents in its snowy areas. This guide will break down where you can deal damage while standing on snow or ice and what it earns you in Fortnite.

The challenge of dealing damage on snow or ice is undoubtedly the most rewarding of all of Fortnite’s Winterfest quests. That is because the quest can be done up to five times over, resulting in a whopping 80,000 XP for anyone who completes it in its entirety. To begin, players will have the most luck finding snow and ice in the winter biome that is set in the top-right corner of the map.

A majority of this biome is filled with snow, but you will need to be careful where to deal damage. Although POIs such as Brutal Bastion and Lonely Labs rest in this area, players will not earn progress toward the challenge if they are fighting in one of their respective buildings. Thus, the best way to complete this quest is by dropping at either of these POIs to gather loot and then waiting outdoors for enemies to appear. If done correctly, you should gather 16,000 XP every time you complete one of the quest’s five stages.

Related: How to rescue Training Dummies from the water in Fortnite Chapter 4 Season 1

Although the snowy biome is desolate, players should not underestimate their surroundings. For instance, you can travel to its mountains to create and roll snowballs at opponents. However, thanks to another new Winterfest quest, you also have the ability to gain XP by popping out of giant snowballs and dealing damage.