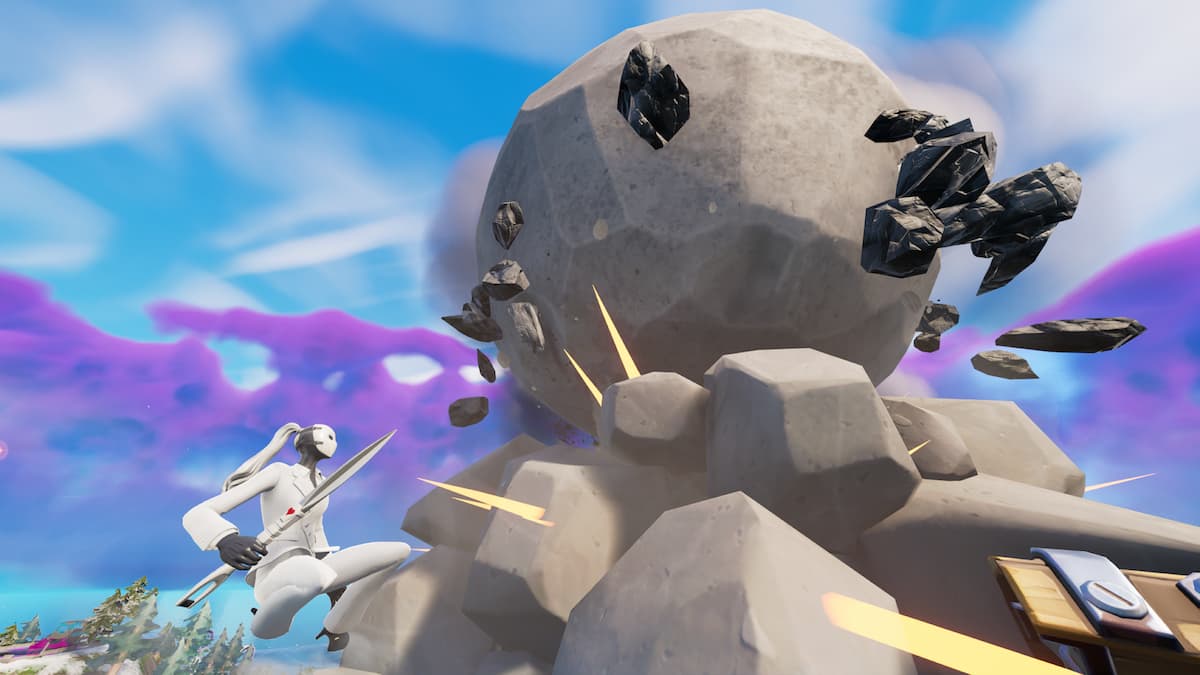 To my surprise, one of the toughest weekly challenges to come from Fortnite Chapter 3 Season 4 is the task of dislodging a Runaway Boulder with a slide kick. Performing this attack is pretty straightforward, but players will find that these rocks are close to immune to it. Luckily, one method can help complete this challenge in just a matter of seconds. Here’s how to dislodge a Runaway Boulder with a slide kick in Fortnite Chapter 3 Season 4.

How to slide kick and dislodge a Runaway Boulder in Fortnite

Of course, the first step will be to locate a Runaway Boulder on the battle royale map. There are several scattered around, but they predominantly spawn on top of the snowy mountains in the northwest region near Rave Cave and Logjam Junction. Additionally, you can spot which rocks are Runaway Boulders by seeing if smaller pebbles surround the structure.

Once there, you will need to attack the boulder with a weapon or Harvesting Tool until its health bar is 25 or less. Each boulder has a total of 180 health, and as slide kicks don’t deal much damage, this is bound to save you plenty of time. More importantly, your final step is to slide kick the boulder while running at full speed. This can be done by sprinting up the least steepest part of the mountain and then pressing your respective crouch button just before touching the boulder. Remember, the kick will not deal any damage if you only begin your sprint next to the object.

If done correctly, the Runaway Boulder will break away from the pebbles, and you should now have an additional 20,000 XP granted from the quest. While in this snowy region, it is also worth searching inside of its hidden vaults. They require special keys to unlock, but Vaults are known to give players multiple Epic and Legendary weapons and tons of health supplies.