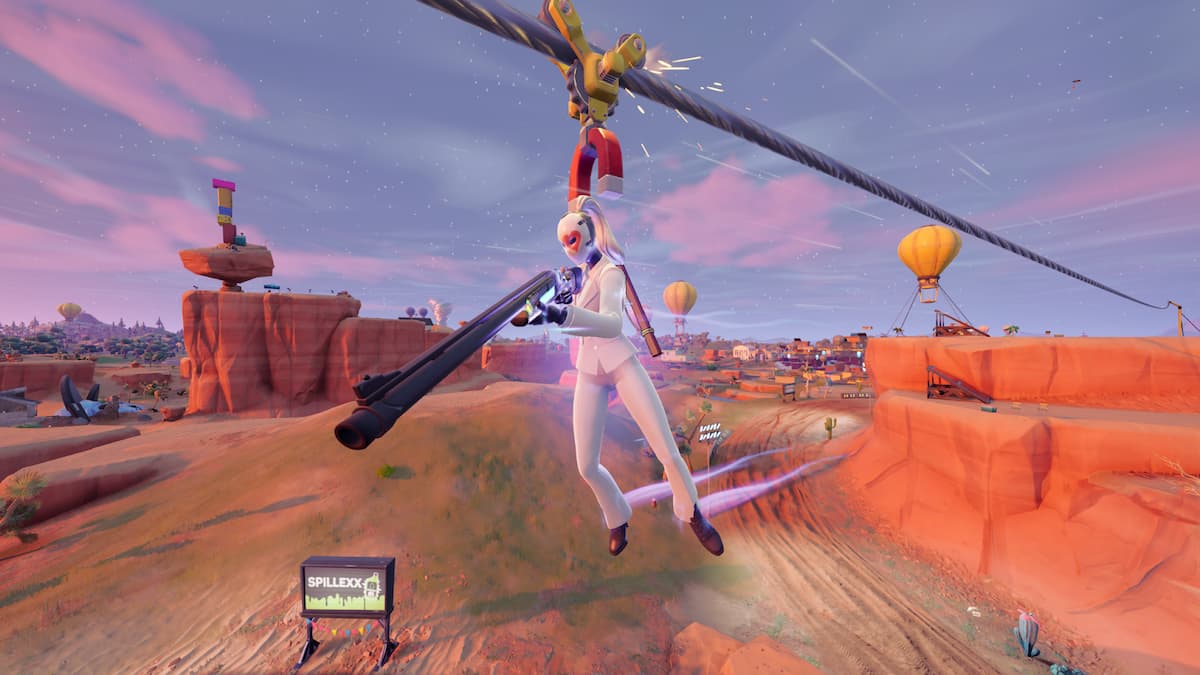 Fortnite Chapter 3 Season 4’s Week 2 challenges may appear strikingly easy at first glance, especially as an overwhelming majority ask that you just deal damage. Surprisingly enough, this does not include the quest of shooting targets while ziplining. If you have ended up firing at enemies without the challenge tracking your progress, this is because players will actually have to shoot literal firing range targets to finish this confusing quest. Here is where you can shoot targets while ziplining in Fortnite Chapter 3 Season 4.

Where to find shoot targets while ziplining in Fortnite

You can start out this challenge by first heading to the top of the gigantic rock formation at the northeast corner of Chonker’s Speedway. This is where you find the starting point of a lengthy zipline and a few much-needed weapons. Once you have taken the zipline, you will come toward three tall shooting targets below — all of which surround a towering TV screen (as shown above).

The quest requires that you knock each target to complete it, so shooting the same one twice will not count toward your progress. If you do happen to miss a target while zipping past, you can reverse your direction at any time simply by jumping and pressing your reload button.

Related: Where to purchase an item from Panther, Mancake, or The Underwriter in Fortnite Chapter 3 Season 4

This objective will reward players with a nice 20,000 XP toward their Battle Pass level once it’s achieved, and there is much more where that came from. Other Week 2 challenges include visiting The Driftwood to loot its chests as well as eliminating opponents while chromed, both also offering thousands of XP. Those wanting to become chromed can do so with the Chrome Splash, a throwable item that can even morph players into Chrome Blobs.