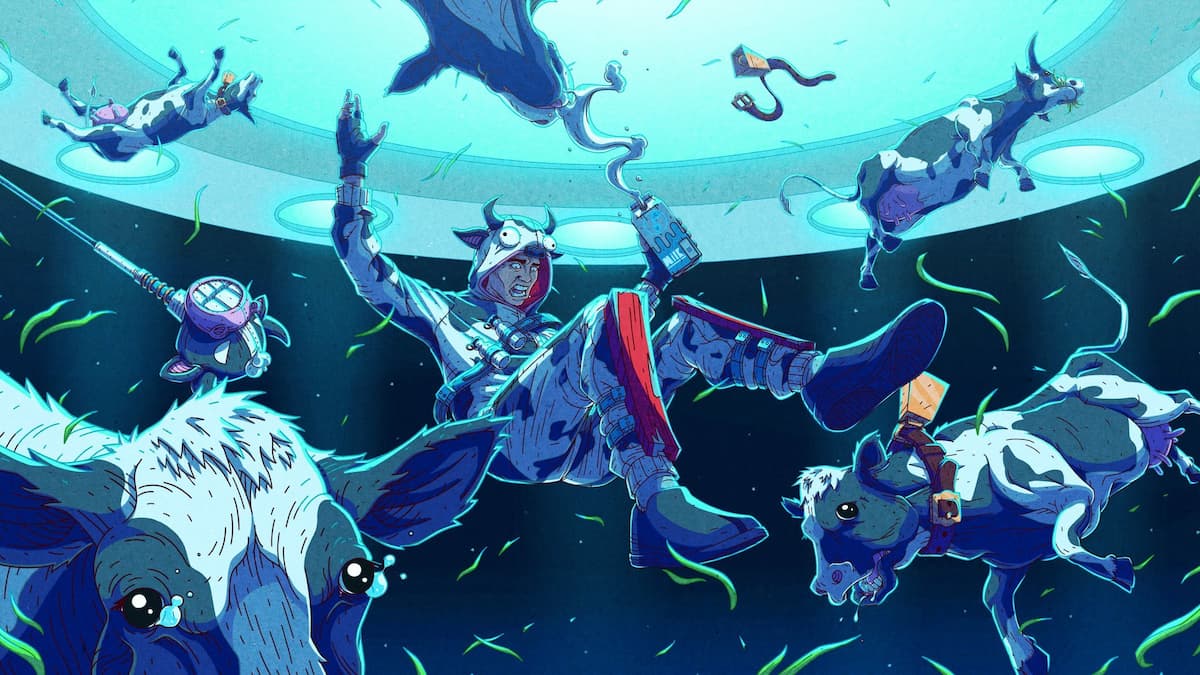 One of the challenges in Fortnite Chapter 2 Season 7 Week 6 is to use an Inflate-A-Bull. These are new items that were added to the game in a recent update during Season 7.

Inflate-A-Bulls can be found as ground loot, or from chests, so players should be able to find them all over the island. When picked up, they will be equipped to your back, just like Jet Packs and other such items. To activate the Inflate-A-Bull, players can simply jump into the air and then jump again while they are off the ground.

The Inflate-A-Bull give players “cow-like properties”, and they will be able to roll downhill, bounce off cliffs while ignoring fall damage, and be impervious to fire. The suits can be popped by other players shooting at you, so be careful.

You can find the rest of the week’s challenges below: