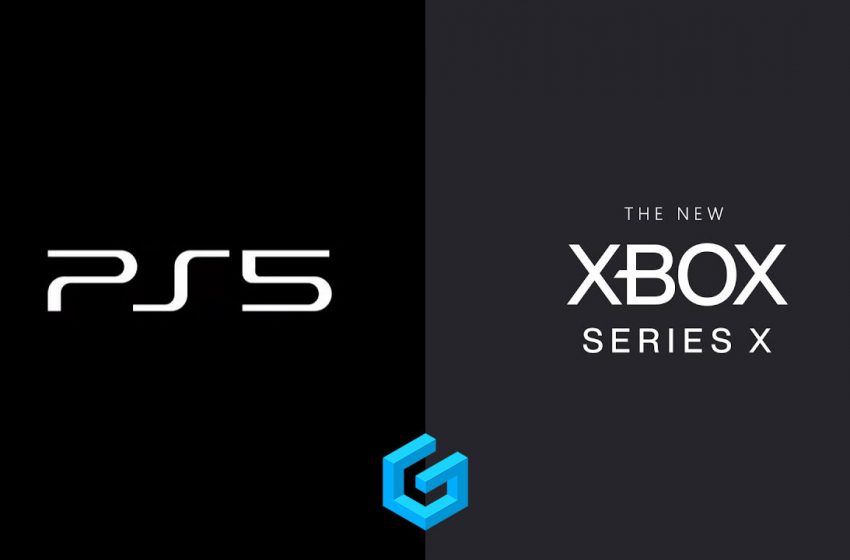 The next-gen consoles of both Sony and Microsoft, the PlayStation 5 and the Xbox Series are getting closer, with information trickling out faster as we get closer to both systems’ Holiday 2020 release window. (As long as COVID-19 doesn’t interfere, that is.)

Details of the PS5 were first unveiled to Wired in some time with programmer Mark Cerny. The information that came out during an interview with PlayStation CEO Jim Ryan on CNET showed us more details, and the latest reveal in October last year. And in March, Cerny presented his Road to PS5 talk, initially scheduled for this year’s GDC, which was canceled/postponed, in a livestream. A full streamed presentation on June 11 finally gave fans a glimpse of what the new hardware and games will look like.

Microsoft used its stage during E3 in June 2019 to unveil the new system using a video with several developers sharing their stories about the desires and expectations of gamers, while also sharing details of what the new console can do. Phil Spencer confirmed the name of the first new system at the Game Awards in December. In March, DigitalFoundry got a full breakdown, quite literally.

Here, we’ll round up everything we know about the next generation of console, and we’ll make every effort to keep this information up to date as new details are shared with the press.

Both companies are ditching old, mechanical hard-drives and instead will be utilizing an SSD. This SSD is probably one of the most significant advancements in technology in recent years and allows for exponentially lower loading times and other quality of life features. (PC gamers have been using this tech for years and can attest to the difference.) A demonstration video for Marvel’s Spiderman has already shown the difference that an SSD can make, even to an actual game, as shown below.

They will both be utilizing the power of AMD’s next-generation Ryzen Processor technology to power their systems. This hardware is significant as the technology is not even available (at the time of writing) to the crowd that this would generally excite the most, the PC gaming and building community.

Both Playstation consoles and the Xbox Series X will support games in 8K, double the current 4K standard currently available on their PS4 Pro and Xbox One X consoles. They will also be able to handle Ray-tracing, a technology that is very ambitious but makes a noticeable difference in the way games use reflections.

Finally, both companies appear to be utilizing Cloud-based gaming tech.

Everything we know about the PS5

In a video that was originally posted on March 18, Sony’s lead architect for the PS5 Mark Cerny hosted a live stream originally intended for the Games Developer Conference that included a deep dive into some of the technology that will power their next-generation console.

In the presentation, there were three details highlighted that was the focus for Sony with the PS5.

The specifications are comparable to its American rival, with a variable speed boost on the processor when required. In terms of raw computing power, the Xbox Series X has the edge. However, the system created by Sony has been praised by Epic Game CEO Tim Sweeney, who said at the unveiling of the Unreal Engine 5 that it can actually help drive the future of the PC market.

On June 11, Sony finally unveiled several games coming to its new system during their ‘Future of Playstation’ presentation stream, and the console itself, which has divided opinion on its look. It is a black box that is surrounded by white trim that hides cooling vents. It can be stood vertically or horizontally. The hardware reveals also presented more of the DualSense controller and new hardware, including a controller charging dock, an HD Camera, and a 3D Audio headset designed to get the most out of the system’s audio. Which of these comes as standard is unclear.

The console will come in two forms. One will include a disc drive, situated on the side of the system, and the other will be a digital-only system, meaning that all games need to be downloaded from the Playstation Store.

The PlayStation Showcase event on September 16 confirmed that the price of the two systems would be $499.99 for the standard version and $399.99 for the Digital Edition of the console.

This also included release dates, with the PS5 launching on November 12 in the US, Canada, Japan, Mexico, Australia, New Zealand, and South Korea, and on November 19 for the rest of the world, except China.

There is still a question mark as to how many games will be available via backwards compatibility at launch, though Sony CEO Jim Ryan has said to expect up to 99% of games to work on PS5. PS VR is also still up in the air after it was missing from the PS5 hardware line-up. However, Mark Cerny has also previously been quoted as saying, “I won’t go into the details of our VR strategy today, beyond saying that VR is very important to us and that the current PSVR headset is compatible with the new console.”

However, there will be a level of cross-compatibility between the PS4 and PS5 ecosystems, enough to allow cross-generational gameplay. This means that friends playing on the PS5 can play certain games with those still on PS4. The games that have confirmed this so far are Call of Duty: Black Ops Cold War, Destiny 2, and Chivalry 2, with Fortnite likely to join the list.

A plethora of titles are coming to the PS5, many of which are exclusive to the system. These included several franchise returns, including Gran Turismo 7, Ratchet & Clank: Rift Apart, Resident Evil Village, and Horizon Forbidden West. There is also a remake in the form of Demon’s Souls, and a new chapter for Spiderman with Marvel’s Spiderman: Miles Morales.

Everything we know about the Xbox Series X and Series S

Microsoft has been far more open about the capability of their next-gen offerings than Sony. For the Xbox One’s successor, there will be two consoles capable of playing next-gen games from Microsoft.

The first one to be announced, previously known as Project Scarlett, is the Xbox Series X and that not only will it be capable of 8K, but it will also run at 120hz, meaning it will increase possible frame rates to up to 120 per second. This is powered by a graphics processing power of 12 teraflops. In layman’s terms, this puts it at roughly twice the power of the Xbox One X.

The second system will be the Xbox Series S. Touted as the smallest Xbox ever made, it will be capable of rendering up to 120 frames per second at a resolution of 1440p, though it can also be upscaled for 4K. It has less graphical power than the Series X and will be digital-only as it does not contain a disc-drive but carries the same processor, which should mean that the feature set between the two consoles will be consistent, and it offers more power than the previous Xbox One X.

The consoles will use Microsoft’s Variable Rate Shading, allowing developers to prioritize power to individual elements on the screen, which results in better performance without affecting overall visual quality.

They also offer hardware-acceleration for the first time, allowing developers to further push the console boundaries. The processor sets aside dedicated cores directly for ray-tracing technology. Considering the amount of power the tech requires is an incredible amount to produce, there is intrigue to see if Microsoft can reliably pull this off.

Dynamic Latency Input (DLI) also claims to make input latency a thing of the past, leveraging the proprietary technology to make sure that games are more precise and accurate than ever. Combined with HDMI 2.1, it should make for almost lag-free gaming.

We also know what they look like. The Series X ditched the small form factor of traditional consoles in favor of a look more associated with desktops, with a concave grille at the top of the unit. For the Series S, it has a similar look to the Xbox One S with a large Xbox grille on the top side.

The reaction to both designs have been mixed, though it may have been a necessary step to ensure that the promised tech can be accomplished in each machine. However, Microsoft has confirmed that previous peripherals, such as Xbox One Elite controllers, will work with the next-gen systems.

A big plus for the new system is that titles from all previous Xbox systems will be backward compatible with it. The backward-compatible feature means that if you harbor an extensive collection of Xbox One games that are still on your to-play list or kept classics from the older generations of Xbox, the Series X will always be able to play them all. Considering that this has been a sticking point for the Playstation brand for the last two generations, this is a piece of excellent news for Microsoft to announce.

Currently, there are plenty of confirmed games for the new system. These include Halo Infinite, Senua’s Saga: Hellbade 2 from Nina Theory, Everwild from Rare Games, and a new installment in Forza Motorsport, likely Forza 8. Ubisoft has confirmed that Rainbow Six Siege, Rainbow Six Quarantine, Watch Dogs: Legion and Immortals Fenyx Rising (previously Gods and Monsters) will all be coming to the Xbox Series X and Series S. There is no indication as to which games yet will be launch titles except the usual suspects, such as Fortnite.

Game Pass is also still going to be very prominent, with the service likely to be the main outlet for games to those purchasing the Series S.

Related Article: Every Xbox Series X game we know about so far

Prices for both the Xbox Series X and Series S have been confirmed. The Series X will be available for $499, while the Series S will be $299. There is also release date, with both consoles launching on November 10.