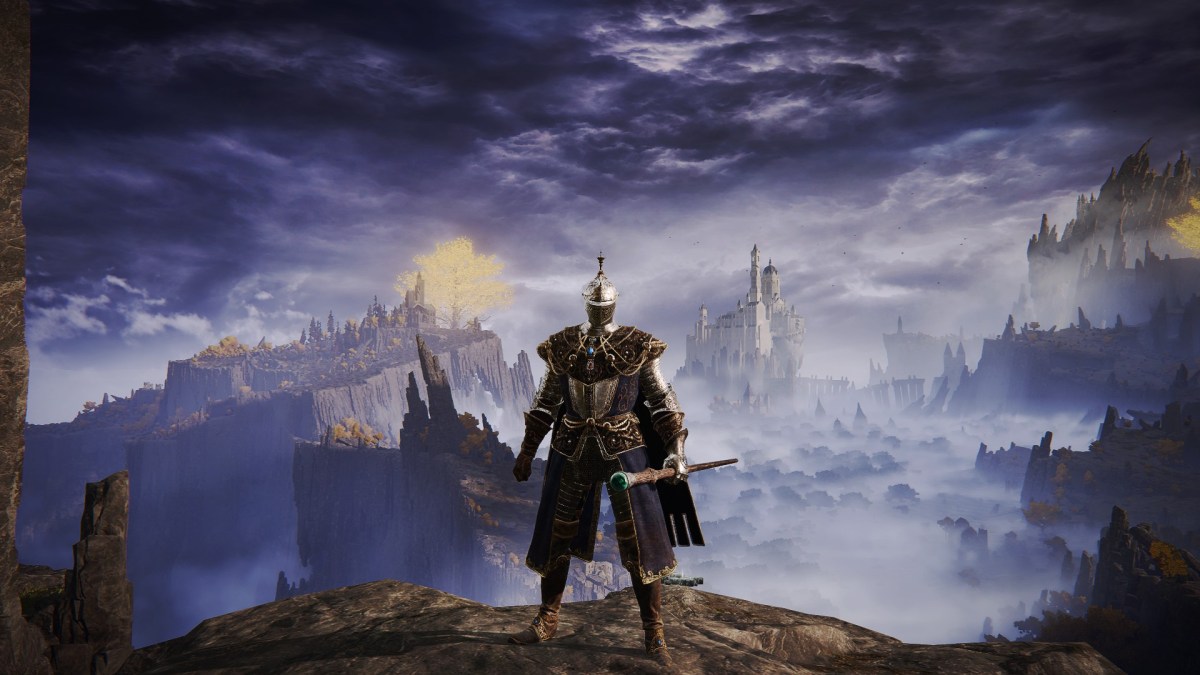 Magic in Elden Ring is probably the most powerful than it’s ever been across all of FromSoftware’s library, and if you focus on Sorcery, half the fun is looking the part. Thankfully, plenty of mage-centric armor sets are available across the Lands Between, and we’ve cataloged where to find the best in this list. We aren’t listing every set you can get, only the ones that look the best, give the best stat bonuses, or some combination of the two.

We’re only going to list full armor sets here, not some combination of armor pieces to make an ideal build — there are too many combinations to list, and what works for one person is awful to another. You are welcome to mix and match to make your perfect caster, and you’re limited only by your equip load.

You probably saw Alberich’s Set for the first time in the Roundtable Hold, worn by the Mad Tongue Alberich when he invades the large arena at the Hold’s back. You get your hands on the set in Leyndell, Royal Capital, in the Fortified Manor in the city’s western section. This set boosts Aberrant Sorceries, which include Briars of Punishment and Briars of Sin.

Late in a playthrough of Elden Ring, after defeating Maliketh, the Black Blade in Crumbling Farum Azula and reducing Leyndell to the Captial of Ash. In the arena at the top of the ruined city waits Sir Gideon Ofnir, the All-Knowing, and you have to kill him to progress. After defeating him, he drops the All-Knowing set, which has no inherent stat bonuses but looks cool and is one of two sets on this list that give significant Poise.

One of two primeval sorcerer sets, you earn the right to dawn Azur’s Glintstone Set, a gaudy, gem-encrusted set of robes, by completing Sellen’s questline and returning to Primeval Sorcerer Azur in Mt. Gelmir.

Wearing the robes won’t grant you much Poise or physical protection, but its Magic, Fire, Lightning, and Holy resistances are very high. Wearing the Crown also increases the damage of the Comet Azur spell by 15% and Glintstone Cometshard and Comet by 10%. You’ll pay an extra 15% in FP for the privilege, but all of those are very powerful spells, so they’re worth buffing.

The Carian Knight Armor, worn by Moongrum, Carian Knight, provides significant protections and Poise values for a relatively light total weight, and they’re a great look for battlemages. You’ll find them within the Raya Lucaria Academy past the Church of the Cuckoo Site of Grace.

From the Church Site, down the hallway, and out the door on the left, you’ll enter a graveyard. Follow the path through the gravestones, past the enemies, until you reach the large elevator. Instead of taking it, drop down onto the cliffs. The armor is at the foot of a gravestone in the distance.

The other primeval sorcerer set, Lusat’s Set is also available as part of Sorceress Sellen’s questline, but it’s much harder to reach in a place called Selia Hideaway.

First, you’ll need to go the hell world that is Caelid, through Selia, Town of Sorcery, then east to what appears to be a blank cliff face, but attack the right spot (near the southern cliffs), and you’ll unseal an invisible wall, revealed in the image below.

Within this catacomb, you’ll need to travel down until you reach Lusat’s chamber, which you’ll have reached to get Stars of Ruin.

The Queen’s Set, or the armor Rennala, Queen of the Full Moon, wears, is available from Enia, the Finger Reader, once you defeat the titular queen. The main attraction here is her Crown, which raises your Intelligence by 3. They are not as good as the Stargazer Talisman but combine them with the Intelligence-Knot Tear, and 18 points of Int are yours for the taking.

The Preceptor’s Set is only available after progressing Ranni’s questline past the point where she leaves Ranni’s Rise. Head south to Selivus’s Rise. The eponymous Preceptor will be dead, and looting his corpse provides his armor and Bell Bearing.

Also, part of Ranni’s quest, once you have access to Renna’s Rise, about the same time as Selivus bites the dust following your return of the Fingerslayer Blade.

Climb up the ladder at Renna’s and open the chest behind the shaft for the set.

It’s quite a ways through the Raya Lucaria Academy to reach the Twinsage Glintstone Crown. Start at the Debate Parlor Site of Grace, unlocked by defeating the Red Wolf of Radagon. Hop along the rooftops in the courtyard beyond the Parlor and across several gaps until you see a lone blue crab. Killing the critter awards the helm. Wearing the Crown increases your Intelligence by 6 points but robs you of 9% of your health and Stamina. A worthy trade if magic is your focus.