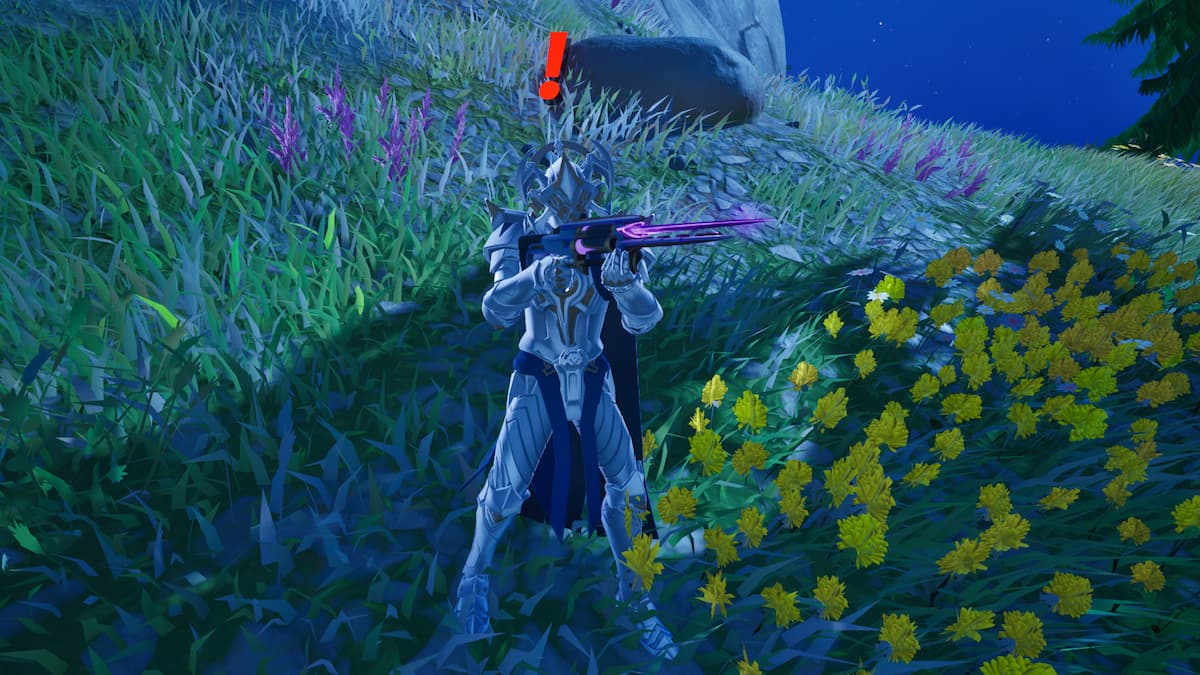 From helpful NPCs to rare vehicles, Fortnite Chapter 4 Season 1 holds many secrets tucked deep within its map. Of course, one of the biggest questions surrounding each season is how many Mythic weapons it bears and where they might be located. Like past chapters, Mythics continue to be the highest rarity possible for items and guns, but they come in extremely short supply at the moment. Here’s where you can discover all Mythic weapons in Fortnite Chapter 4 Season 1 and what they do.

For now, there is surprisingly just one Mythic item on Chapter 4 Season 1’s map, The Ageless Champion’s Mythic Ex-Caliber rifle. That said, it can be obtained by finding and defeating The Ageless Champion, a boss with 750 health and 750 shields. To make matters worse, the NPC is known to wield the Mythic weapon as well as a Shockwave Hammer that deals anywhere from 75 to 125 damage at a time. As marked below, The Ageless Champion can be discovered on the first floor of The Citadel’s castle.

The Ageless Champion’s Ex-Caliber is considered the greatest weapon of all due to its ability to launch its sword ammo at enemies for 75 damage each. Better yet, it has a headshot multiplier of 2.5x, and each sword also explodes just three seconds after landing. This makes it entirely possible to eliminate fully-healed enemies as long as you are able to headshot them. Players can also find Ex-Calibers of lower rarities throughout the map, though these do have significantly lower damage and reload speed stats.

Related: Where to find Oathbound Chests in Fortnite Chapter 4 Season 1

You can certainly expect there to be more Mythic weapons as the season goes on, and this guide will be updated with their locations once that time comes. In the meantime, those with hundreds of Gold may also want to add Exotic weapons to their inventory. These are guns just one rarity lower than Mythics, but each has a special ability that no other weapons hold. For example, The Dub Exotic Shotgun can send anyone hit by its shells flying backward, possibly leading them to take in fall damage.