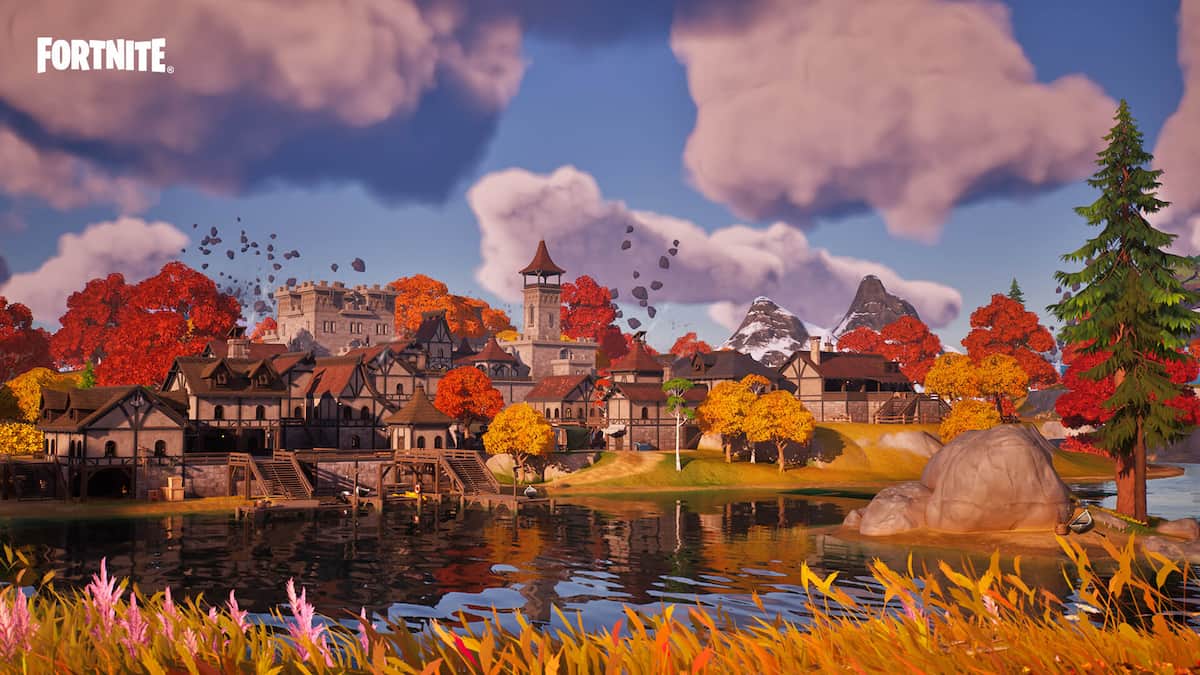 With the introduction of Chapter 4, Fortnite players can dive into an entirely new map with three diverse biomes. More importantly, it consists of nine different points of interest that either sport a medieval, modern suburb, or snowy theme. Due to their differences, you will find each location holds its own unique loot, NPCs, and structures, ultimately making some POIs better drops than others. This guide will breakdown the five best landing spots in Fortnite, listed in alphabetical order.

Brutal Bastion is a fantastic location to drop to for those who want to survive as long as possible. The POI is set near the center of the barren, snowy region, so don’t anticipate seeing too many opponents land next to you. Best of all, over 53 chests lie behind its steel walls, giving you a high chance of walking away with Epic-rarity or better weapons. Players who need an extra hand should also speak to Frozen Red Knight, as the character can be hired as a teammate.

If Brutal Bastion does not look appealing, Frenzy Fields is another POI that provides players plenty of space to roam around without worrying about opponents. It is packaged with three multi-story farms, each chockfull of chests and ground loot. However, snipers may find it beneficial to camp on top of its water-tower, as the structure oversees the entirety of Frenzy Fields.

Shifty Shafts may be dead and gone, but Shattered Slabs reminds us of its layout and quality loot. On the outside edges of the POI, you will run into over a dozen different buildings, while its center is made up of a mystical quarry. Those traveling to the quarry should spot powerful rocks known as Kinetic Ore. If you’re unable to find a weapon, you can opt to hurl the ore at enemies by hitting it with your Pickaxe to potentially deal hundreds of damage. Additionally, NPC Evie is just south of Shattered Slabs, and offers players The Dub Exotic Shotgun in return for a small amount of Gold.

Players wanting to witness many of the new items in Chapter 4 Season 1 should head nowhere else but Slappy Shores. For one, the south side of the POI is a factory that manufactures plenty of Slap Juice, a consumable that lends additional health, shield, and faster energy regeneration. Although its townhomes do have a chance of spawning top-tier loot, you will also want to check out its street corners to pick up one of the game’s new Trail Thrasher Dirt Bikes.

Saving the best for last, there is little doubt that The Citadel is the greatest place to drop on the map. Instead of standard chests, many of its castle floors feature Oathbound Chests, boxes with high odds of holding either Shockwave Hammers or Ex-Caliber marksman rifles — both considered to be overpowered weapons. Speaking of the Ex-Caliber, a Mythic variant of the gun can even be looted when finding and defeating The Citadel’s The Ageless Champion boss.