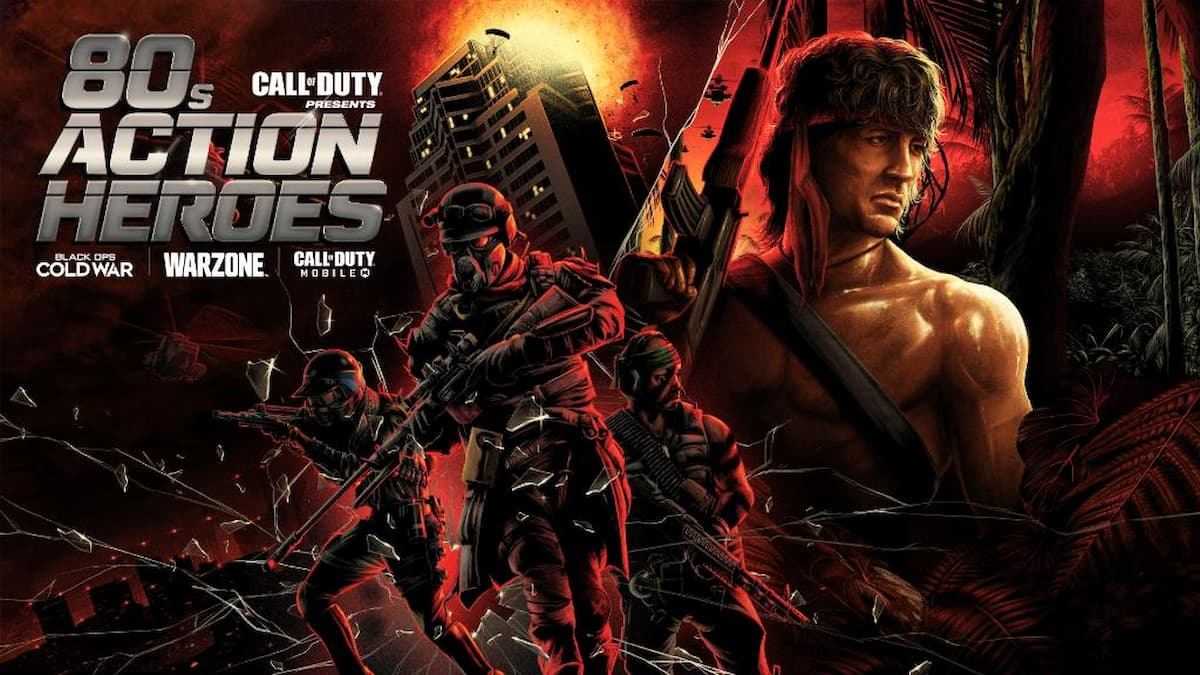 The Call of Duty games love to make players feel like badasses, and the Season Three Reloaded event specifically wants to make them feel like 80s movie heroes. The ’80s Action Heroes event for Black Ops Cold War and Warzone has several challenges spread out both games, most of them requiring players to play the limited-time modes themed off of Rambo and Die Hard.

There are nine separate challenges for each game, all with their own rewards, and completing all nine challenges for a game will net a bonus reward as well. All of the rewards will be usable in both Black Ops Cold War and Warzone, with the sole exception of the Robot Tank arcade game, which is only accessible through the Black Ops Cold War Barracks. The ’80s Action Heroes event ends on June 2.

The reward for completing all nine challenges is the Flamebearer Epic Weapon Blueprint for the DMR (Tactical Rifle Delta).

The reward for completing all nine challenges is the Ignition Epic Weapon Blueprint for the Pellington 703 (Sniper Rifle Alpha).