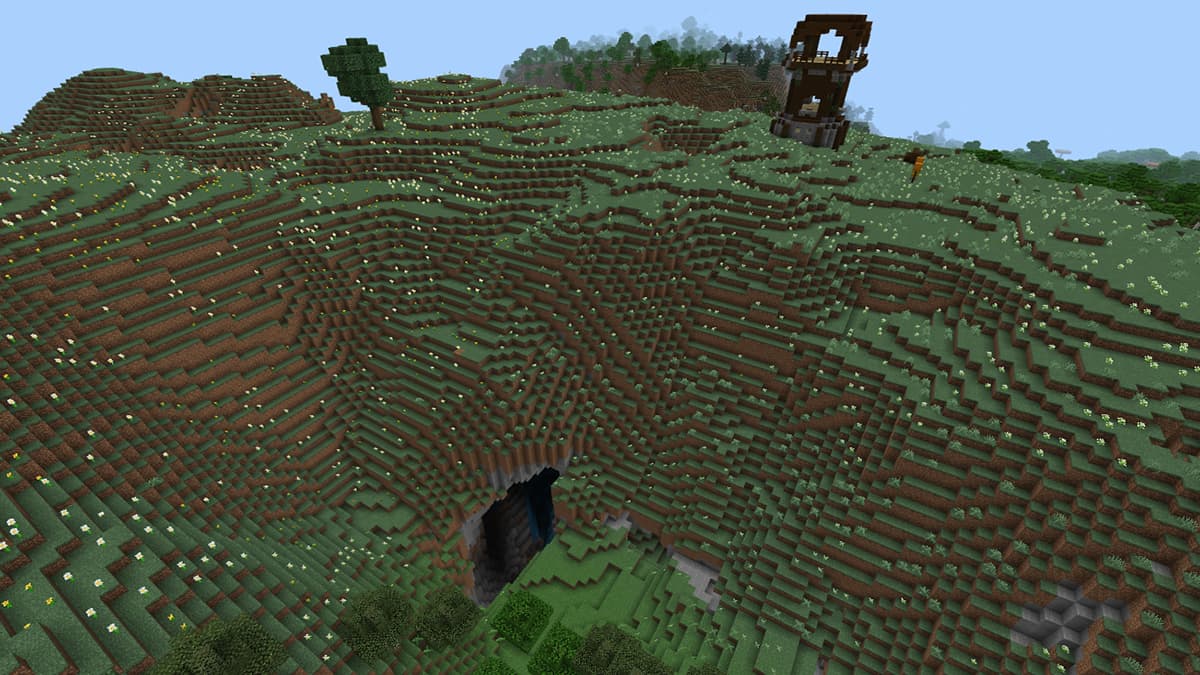 Using world seeds to generate your map is a tried and tested way of getting into some interesting Minecraft worlds without having to go in blind. Players find and save interesting world seeds to share with others, making notes about fun spawns, interesting terrain features, biome combos, and much more. Whether you’re looking for an easy, hard, or just plain fun start, our guide for the best ten world seeds for the Minecraft Bedrock version will surely help you on your next playthrough.

Related: How to recover a deleted Minecraft world

Spawning into this seed gives you one of the best early starts to the game if you’re not afraid of a scrap. Namely, you’ll start in a coastal desert biome, with a village, a temple, a shipwreck, and even an outpost, all practically next to one another. Right to the other side is a mangrove biome, giving you three distinct ways to progress. Naturally, the four landmarks are guarded by Pillagers, but if you can get through them, you’ll have a super strong start for the rest of the game.

This seed spawns you near another interesting starting location. You will have to travel a little bit to get there, but close to where you start is a landed ship, next to a large village and an outpost, all three filled to the brim with valuable loot. From that point, you can sail down the rivers, or cross over to either savannah or temperate forest biomes.

The island you start on in this world seed is actually a mountain jutting out from the ocean. On top of this mountain are several types of forests and a few smaller biomes, giving you plenty of options to build from. For such a limited starting location, you are truly spoiled for choice with available resources, but if that’s not enough, you can dig down to access the cave network below.

This seed has a very interesting feature — a whole large island made out of desert blocks. The island is surrounded by a rich ocean filled with coral reefs for those who like diving and sailing. Meanwhile, the island itself has several strongholds and a fortress, perfect for a bit of looting and conquest. From there, all you need to do is build a pyramid to commemorate your successes.

This seed has a very interesting feature for combative Minecrafters. If you head to coordinates 1437 90 -872, you will find not only a beautiful mountain with a waterfall but beneath it is also a serene village. However, the village is ruled by a Pillager Outpost in the midst of it. If you manage to free it, then there are more adventures waiting for you, as a Monster Spawner dungeon filled with chests can be found in the mountain’s caves.

For a more serene playthrough, this seed will let you spawn in the middle of a beautiful meadow filled with flowers and surrounded by trees within spitting distance from cliffs and the ocean. That’s not where the fun stops, as very close by is a whole Mansion for you to occupy and convert to your abode, with a couple of villages in close proximity as well. You’ll have a functional homestead in no time.

This spawn will start you on one of the islands in an archipelago. After setting up a way to sail between the islands (unless you prefer swimming, of course), you can start exploring each one of them, as they all have interesting features. The best one is one of the closest islands, which has a village on it that has no less than four blacksmiths. This anomaly can play right into your hands, letting you equip yourself to the teeth very early on. You can also immediately test your mettle because there’s also a Pillager Outpost very close by as well.

This mountainous seed has some gorgeous views of mounts and valleys, surrounded by green forests. Furthermore, very close to the spawning point is a picturesque mountain lake with a village near one of the shores, all in sight of the mountain peaks all around. That’s not all though, those mountains also feature several cave entrances if you’re looking for some cave exploration as well.

If you love exploring the underground, then you should give this seed a try. There’s a sprawling lush cave biome stretching under this world, complete with several mines and mineshafts. To top it all off, there’s an Ancient City ready to be explored down in the depths.

Spawning in this world seed is an eventful affair. You spawn almost on top of a wrecked ship, within the view of a village, Pillager Outpost, and a desert pyramid. That’s not all, because there’s a large mangrove swamp cutting you off from the mainland, so prepare for an interesting and potentially treacherous journey through it.