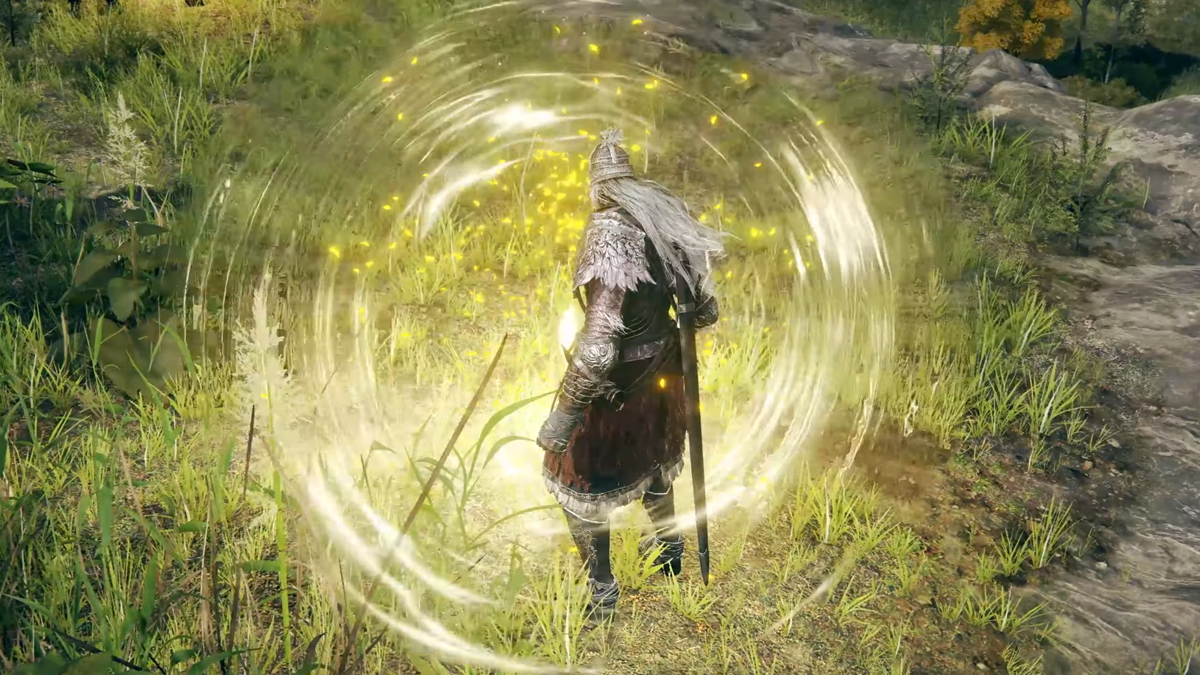 The Souls trilogy had Bonfires, Bloodborne had Lanterns, and Sekiro: Shadows Die Twice had Sculptor’s Idols. Elden Ring’s fast travel spots are called Sites of Grace, and they do much more than warp you around. In fact, fast travel is done from the map instead. Regardless, Sites of Grace have a ton of utility that you’re going to want to know about.

The first option is for changing the time of day. This is very important, as many events and NPCs are only present at certain times. For example, you can’t summon spirits without the Summoning Bell from Witch Reena, who only appears at the Church of Elleh at night. Leveling up is also one of the most important parts of Elden Ring — that’s the next option down on the menu. Below that are places to allot your flasks, spells, and other special abilities. You can improve your total number of flasks and their effectiveness with Golden Seeds, as well as allocate how many of each kind to carry. Likewise, you can mix your favorite cocktail for the Flask of Wondrous Physick once you find that.

The “Memorize Spell” and “Ashes of War” options let you choose which of those respective powers to bring with you. Sorting your chest is a great way to store any excess weapons or items you don’t want clogging up your inventory but don’t want to sell. Once you clear the Coastal Cave and acquire the Tailoring Tools within, you’ll also be able to make adjustments to your armor with a new option. Finally, the Great Runes option will appear once you’ve collected your first Great Rune, likely from Godrick the Grafted. These can then be equipped at Sites of Grace to receive special boons.

There is actually one additional option that only appears at certain points. Whenever the maiden Melina appears at a Site of Grace, you’ll have the option to talk to her. She’ll confer more information about this world and what you should do next. Of course, Sites of Grace also shimmer with a guiding light, which will help you figure out what to do and where to go first.