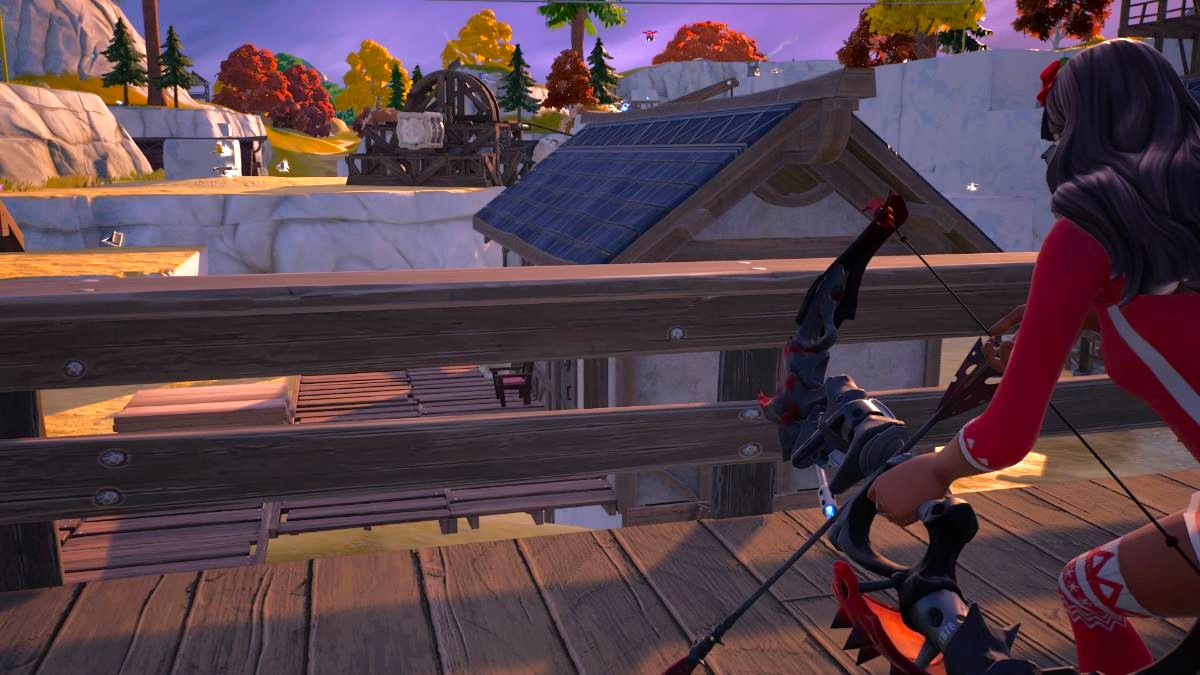 Shattered Slabs is one of the nine named POI locations on the Fortnite Chapter 4 Season 1 island map. It is a large stone quarry designed in a European medieval style in keeping with The Citadel and Anvil Square. Its steep sides mean that it can be risky going into the middle of Shattered Slabs, as this makes you a sitting duck for snipers lurking on the edges of the quarry and on rooftops. But for any player brave enough to venture into Shattered Slabs, a whole lot of loot awaits.

Related: Where to find the Chug Cannon in Fortnite Chapter 4 Season 1

What is the location of Shattered Slabs in Fortnite Chapter 4 Season 1?

Shattered Slabs is the southernmost of the four named locations in the large medieval region on the west side of the Fortnite Chapter 4 Season 1 island map. It is southwest of Anvil Square and northwest of Frenzy Fields. Like all named locations it has a Reboot Van (at its north end), a Bounty Board (at its south end), and a Capture Point (slap bang in the middle). As mentioned above, it’s a brave and hardy player or squad that can hold that Capture Point.

Shattered Slabs also has a lot of floor loot and chests, including three Oathbound Chests. It has two Weapon-o-Matics and lots of Dirt Bikes, but no cars or trucks. There are a few ziplines, which makes it easier to negotiate the steep sides of the quarry, and lots of barrels of Slurp and Slap Juice dotted about the place.

Finally, Shattered Slabs is the home of Wild Card, the NPC who can sell you the Exotic Unstable Bow. He can usually be found wandering up and down the track on the north side of Shattered Slabs. The Unstable Bow, which mimics other types of bow, is a great choice if you can’t decide what kind of bow you want to use.