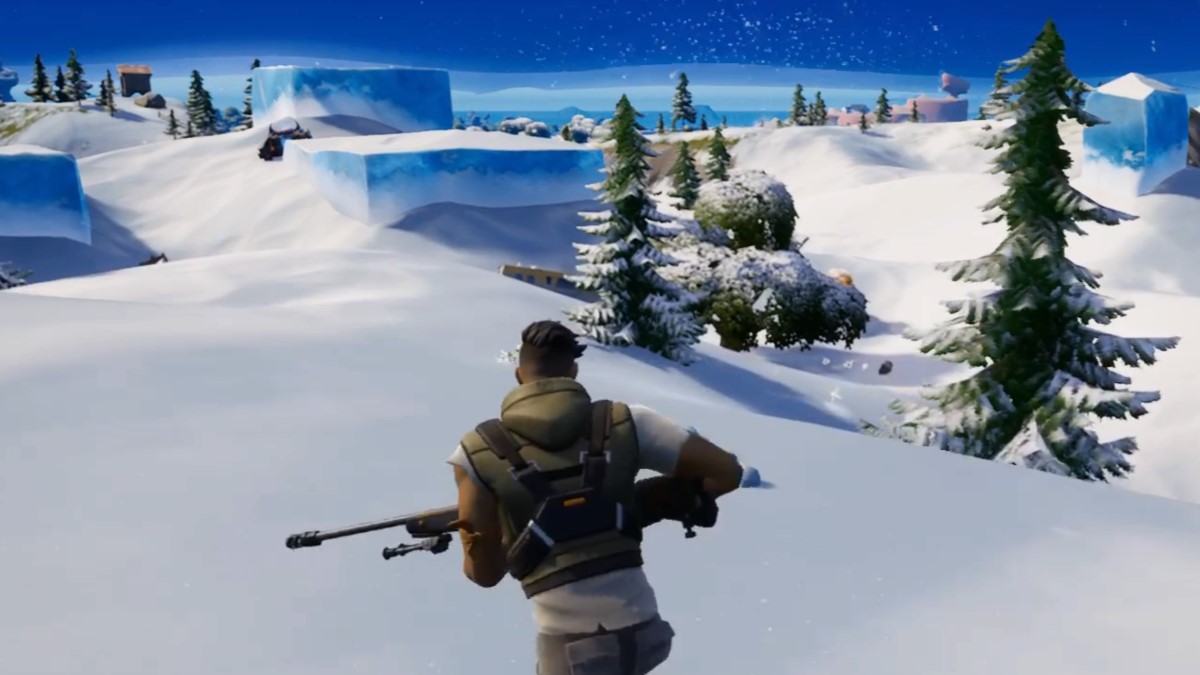 Tilted Towers is on the Fortnite Chapter 3 Season 1 map, but it’s not a named location. This is because it’s been almost completely buried in snow. If you want to visit Tilted Towers for old time’s sake, then you can find it between Camp Cuddle, Coney Crossroads, Greasy Grove, and Rocky Reels. Don’t expect anything more than a few gigantic ice cubes poking out of a big pile of snow though.

Since it was added to the Fortnite map in Chapter 2 Season 2, Tilted Towers has been one of the most popular locations among players. This was because it had lots of buildings (many of them very tall), which all had lots of rooms, most of which had windows, and many of which had loot chests.

Related: How to see footsteps in Fortnite Chapter 3 Season 1

In Chapter 3 Season 1 though, Tilted Towers isn’t much good for anything, except maybe hunting wildlife, especially wolves and boars, which commonly spawn nearby, and often end up wandering across the snowy mound that once was Tilted Towers. Another use for Tilted Towers in its snowbound form is that, seeing as it’s now little more than a big pile of snow, it’s now the perfect location to practice Fortnite’s new slide move.