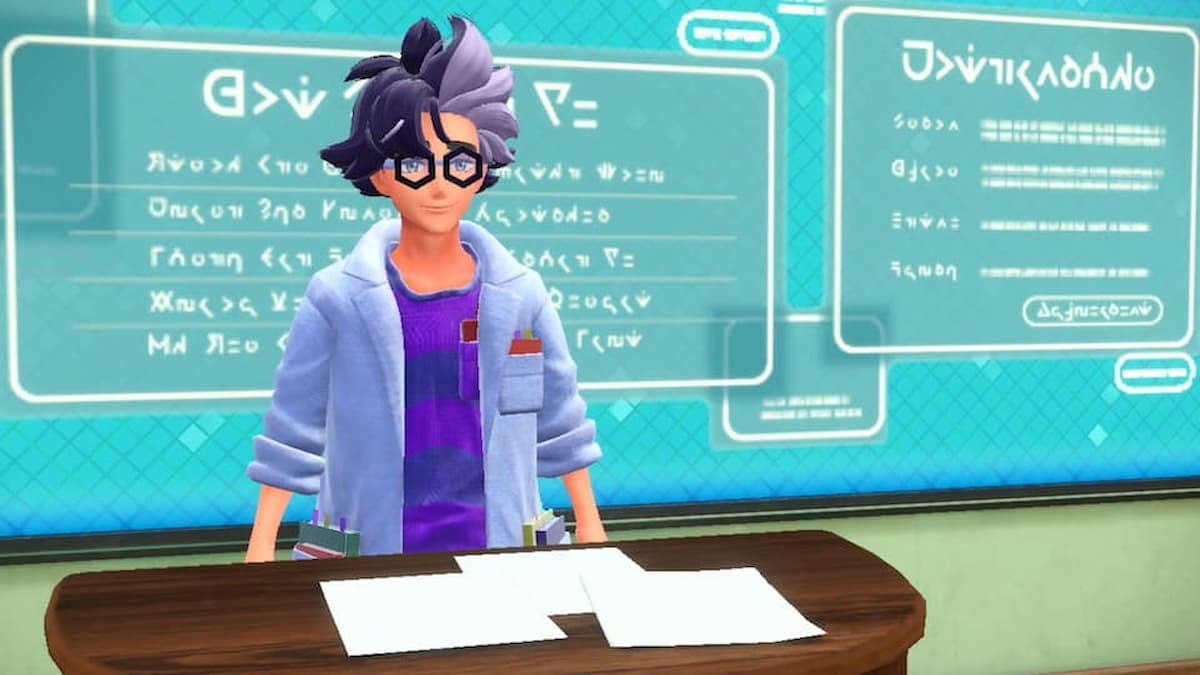 As with any Pokémon game, Pokémon Scarlet and Violet have a host of eccentric characters for you to meet on your journey. From helpful teachers to shy classmates and powerful gym leaders, there’s a colorful cast for you to get to know on your travels across Paldea. One such character is the well-insulated Jacq — here’s everything you need to know about him.

Jacq — or Mr. Jacq, to give him his full title — is a teacher at the academy in Paldea where your character will be studying. He’s the homeroom teacher and a biology expert, offering plenty of sage advice about the biology of Pokémon. His love for and interest in Pokémon biology is so ingrained, in fact, that he’s the mastermind behind the Pokédex app for Pokémon Scarlet and Violet’s Rotom Phone — so if you’re looking to catch ’em all and file away plenty of Pokémon information for posterity, you have Jacq to thank. He may not even notice, though, since he reportedly has something of an airheaded personality and frequently gets engrossed in his research, to the exclusion of all else.

Related: Does Pokémon Scarlet and Violet have voice acting?

Jacq isn’t alone in the new roster of characters coming to Pokémon Scarlet and Violet. The Pokémon Professors Sada and Turo were among the first to be revealed, much to the delight of the fan-art community. There’s also Mr. Clavell, the director of the academy, and your student friends like Arven, Penny, and Nemona. Arven is particularly interesting because he prefers to cook healthy treats over Pokémon battle, which could mean he’s part of a resource-crafting mechanic, though that’s just speculation for now.

You’ll also meet gym leaders like the icy Grusha. Plus, there will be all kinds of new Pokémon to catch and even new variations of old favorites like the Paldean Wooper.