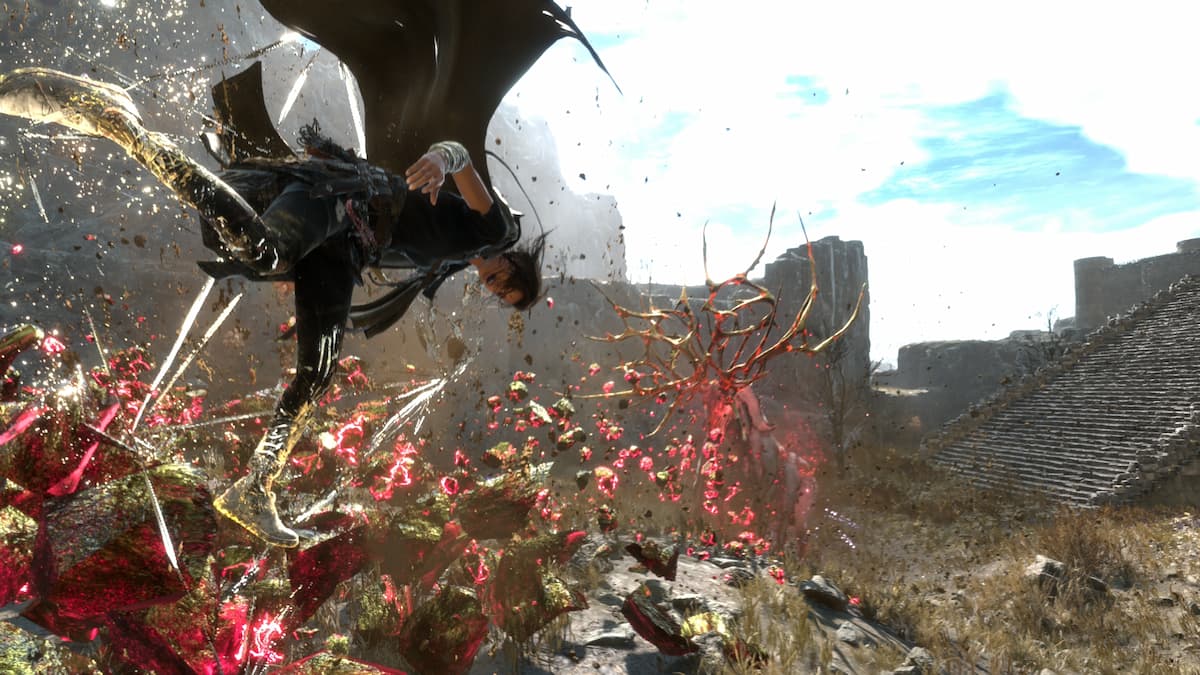 Knowing how to perform the perfect dodge is as essential as using all of your magic in Forspoken. Square Enix’s open-world action RPG is packed to the brim with the usual assortment of open-world activities but features an in-depth combat system that is unique to Square’s other offerings. Instead of relying on heavy armor, blocks, and parries, evasion and dodging are your primary defensive tools. Below, we will explain how to unlock and perform a perfect dodge in Forspoken.

Related: How to increase Frey’s Stamina in Forspoken

How to dodge in Forspoken

Learning how to dodge is essential to survive Forspoken’s various boss fights, which include fearsome but optional world bosses known as Mutants. Frey can’t block like a traditional action game, and her parry can only be activated after she takes damage, so evasion is the only way to avoid damage. To use dodge, you must press Circle while aiming with L2 or R2. This will let Frey flip to the left or right while maintaining your line of sight toward your target.

Forspoken features two distinct styles of evasion. You can hold the evasion button to dodge all incoming enemy attacks continuously, but doing so will drain your stamina. If your stamina is depleted, all of your evasion and magic parkour won’t work until your meter fills back up. This can get you punished in boss battles. To perform the perfect dodge, you must wait until right before the enemy attack lands, then press Circle to dodge at the last moment. This will let Frey leap out of danger and shoot back with her spells — more importantly, it won’t drain your stamina.

How to unlock dodge in Forspoken

In the early portions of Forspoken, Frey Holland is just learning how to use her powers and running from gang members. You don’t unlock the ability to dodge until you fight the wild Breakbeast Dragon during chapter two of the campaign. You can’t miss this encounter, as it’s part of the story and will trigger tutorials for several new combat techniques, including magic parkour and the ability to dodge.

Learning the nuances of the dodge and how to perform it is essential to taking on the hard difficulties, earning high battle ranks, and defeating world bosses. Take advantage of Frey’s agility to conquer everything Athia has to throw at you.