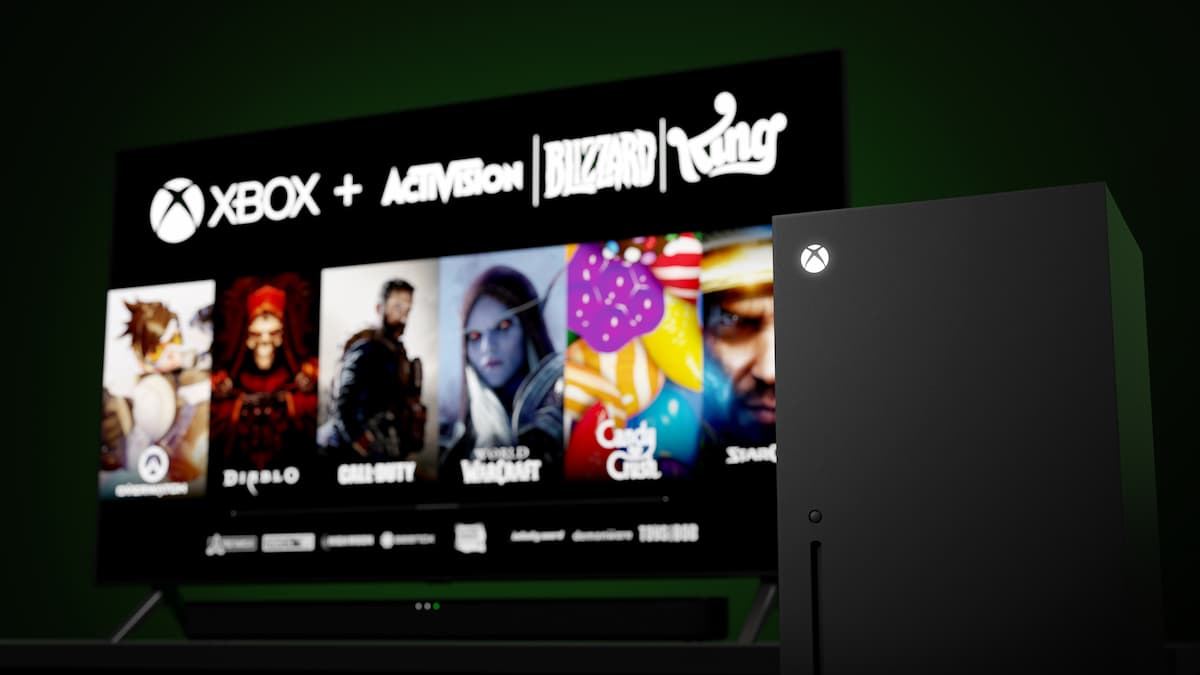 Every year is filled to the brim with news — that’s just how the world works. When it comes to video games, those stories tend to focus on major studio moves, new projects from auteurs, and big game launches. Let’s take a look back at the biggest video gaming news stories of 2022.

One of the most defining trends of 2022 was studio acquisitions, but there’s one that looms over all others. Microsoft is set to acquire Activision Blizzard in a massive near-$70 billion deal. It won’t be finalized till summer 2023, but the fallout of the announcement hasn’t stopped. There’s too much ongoing controversy to articulate everything in a list like this, but suffice it to say that Microsoft leadership seems much healthier for Activision Blizzard employees.

For 30 years, EA has been providing soccer games under the FIFA license, but FIFA 23 will be the last one to carry that branding. The partnership is over, and EA’s 2023 game will be the first under a new name: EA Sports FC. It seems FIFA is the one handling the breakup poorly, because its next video game announcement was a mess of NFTs.

Naming a Game of the Year is incredibly subjective, but sales numbers don’t lie. Elden Ring has absolutely dominated the charts in 2022. It became one of the best-selling games in the Americas after just four months on the market, and it set similar records all over the world. With such popularity also comes a nonstop news cycle, and the internet picked apart every single trailer and FromSoftware statement before and after Elden Ring’s release. Elden Ring dominated both the sales charts and the zeitgeist, eventually nabbing awards too.

The Activision Blizzard acquisition has resulted in a lot of dirty laundry being aired, but at least one good thing came out of all the attention put on the company: Call of Duty studio Raven Software became the first major video game union. It’s not the first one ever, but a successful union creation at this scale says a lot about where game developers’ rights can go from here.

There were several leaks this year, but nothing on the scale of Grand Theft Auto 6. In-development gameplay showed off the map, combat, female protagonist, and more. This wasn’t a slip-up on Rockstar’s part, though. A 17-year-old kid allegedly hacked the company’s servers to steal and publish the footage. It sounds like something straight out of the GTA games themselves.

Kojima wants to change the game

It’s been a big year for Hideo Kojima. The Death Stranding creator announced a sequel at The Game Awards, met with several film celebs, and even saw footage of his other game Overdose leak. On top of all that, he issued a grandiose statement that seems lofty even for him. He believes one of his next projects could “turn things around” for both video games and movies. Best of luck on that one, Kojima.

The Wordle sensation began in 2021, and while the mobile word game is still quite popular, it’s not constantly talked about on social media like it once was. Part of that is because the New York Times acquired it at the start of 2022. It’s still free to play in a browser, but the mobile version moved behind a paywall. Coincidentally, “gaffe” is also a five-letter word.

For a long time, PlayStation fans wondered if their console of choice would get something similar to Xbox Game Pass. Between PlayStation Plus and PlayStation Now, there were comparable features, but it wasn’t quite the same. Then, Sony merged the two services into one, adding additional features like legacy PlayStation 2 games that could be played via streaming. Hooray for parity.

PlayStation VR 2 gets the spotlight

Before its game services merged, PlayStation finally showed off its long-talked-about, new-generation VR system. Hype for the new headset has been building all year long, especially with games like Horizon Call of the Mountain and a VR version of Resident Evil Village on the way. There’s also been a push to get more indies on the PSVR 2.

The Russian invasion of Ukraine was an awful start to the year, and Stalker 2 developer GSC Game World immediately encouraged the video game industry to lend a hand in the wake of the war. The destabilization caused GSC to pause development, promising to get back to it once things settled down. Since then, development has resumed, proving GSC as a brave, tenacious studio that deserves a ton of credit for sticking it out.