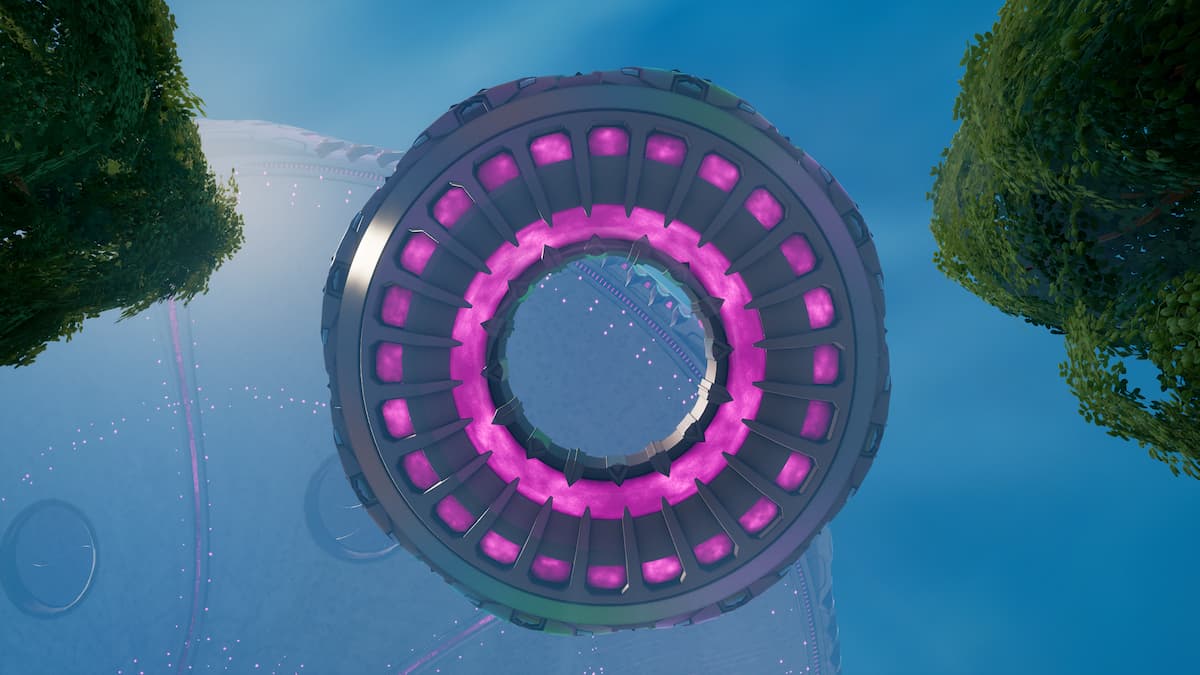 One of the challenges in Fortnite Chapter 2 Season 7 Week 4 is to deal damage near an Abductor. Abductor are newly introduced alien aircraft that abduct people and teleport them to the mothership. They are large purple craft that give off pink energy from their engines, and they can be found floating above the map in random locations at the start of matches.

They are enormous, making them very difficult to miss. There are two main ways to deal damage near them. The first is to land on the Abductor itself. Some players will always do this, and some loot will spawn there so you can arm up and have a gunfight if you wish.

The other way is to land on the ground under them, looting whatever you can find and then tracking down other players. It should be noted that damage dealt to IO guards and even animals will count toward the challenge. Just make sure you act fast, as it won’t be long until the Abductor teleports you away to the mothership if you are close to it.