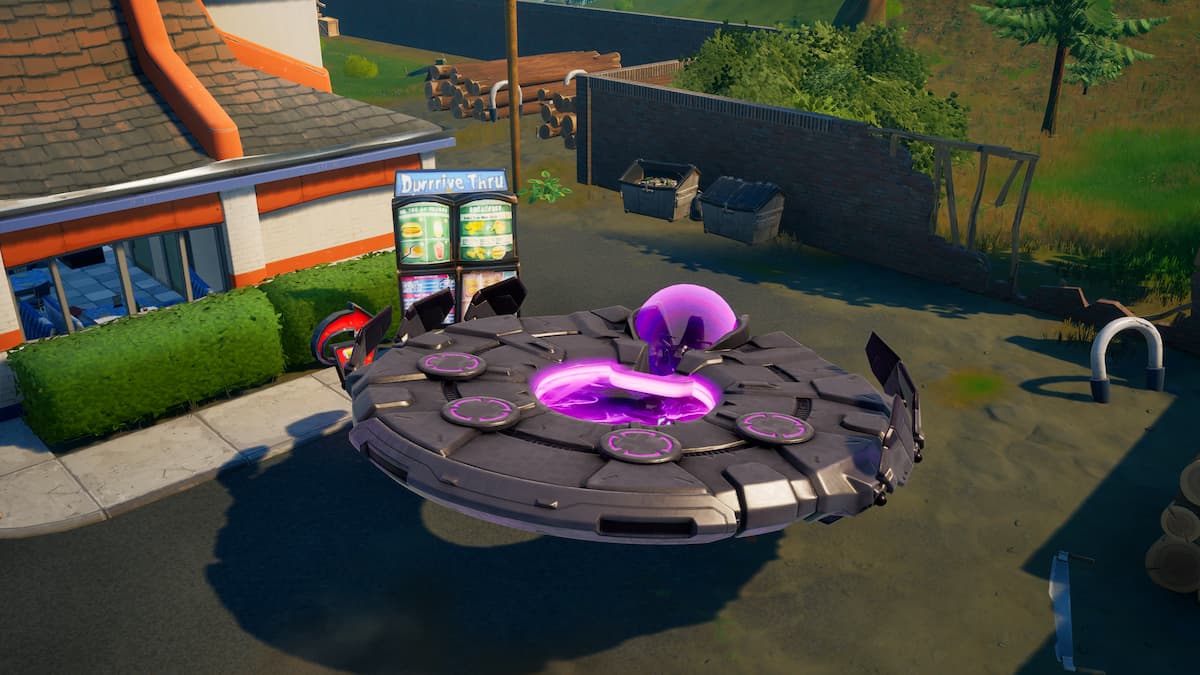 One of the challenges in Week 4 of Fortnite Chapter 2, Season 7 is to travel in a saucer. These are the small alien ships that you can find all over the map in the new season. Some are guarded by enemies, while some are pretty easy to get to, so we will show you where to find them all in this guide.

Players can also find manned UFOs in each game by paying attention to the map at the start of each round. There will be a small number of named locations that have purple text instead of the usual white. These are home to aliens, with UFOs on patrol in those areas. You won’t be able to fly those UFOs unless you carefully shoot the aliens out of them, so you are better off going to one of the areas marked above for this challenge. Once you get your saucer, all you need to do is fly it for 1000 meters to finish up the challenge.

You can find the rest of the weekly challenges below.