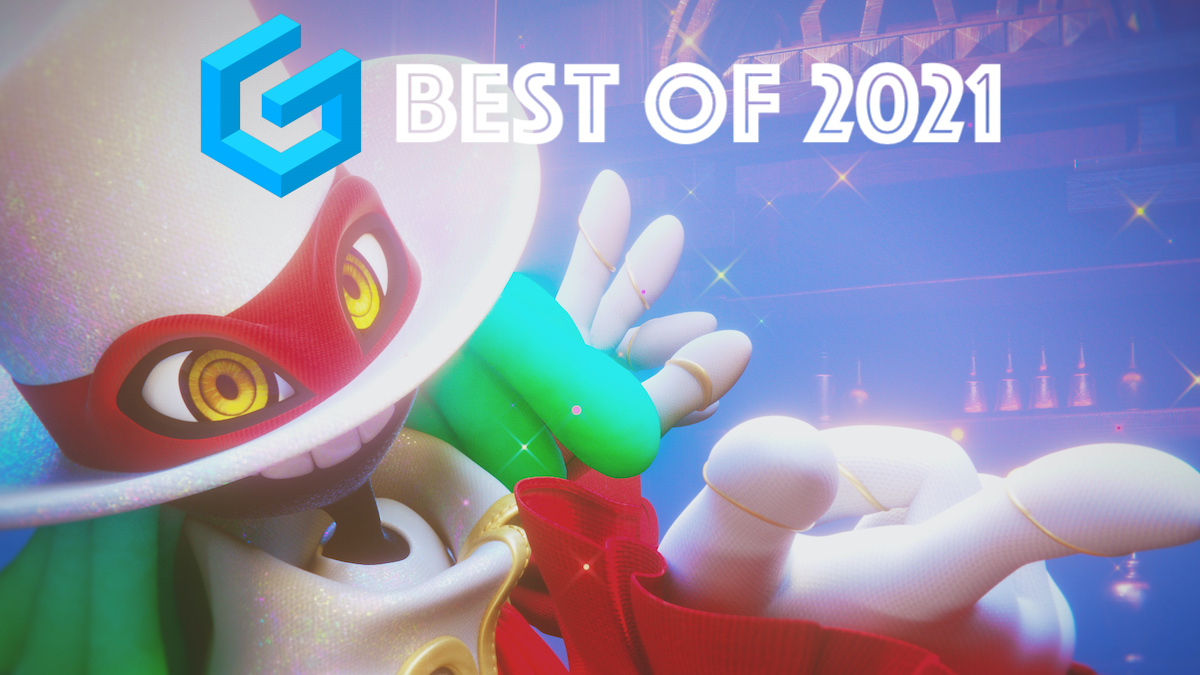 2021 has not been without its challenges, but the gaming industry has risen to the occasion and produced some of the most beloved new games in ages. This list, however, is not about those titles. This list is about the games that raised the expectations of fans to dizzying heights, only to dash their hopes on the jagged rocks of reality. Whether it was down to bugs, a convoluted story, or just a fundamental misunderstanding of their audience, here are the most disappointing games to hit the market in 2021.

New World was going to be a flagship title for Amazon Game Studios. Back in the heady days of 2016, the studio announced that development had begun on three fully-fledged games: Breakaway, Crucible, and New World. Over the following years, AGS announced the cancellation of Breakaway and Crucible, moving the dev teams from both games onto New World and setting expectations for the high-concept MMORPG sky-high.

When the game finally launched as a closed beta in July 2021, things started going wrong almost immediately. Perhaps the most egregious issue right off the bat was that it was bricking a lot of users’ high-end graphics cards. Even after its official release, New World was plagued with gold duplication exploits, fishing bots, and much more, and scored middling review scores from various outlets.

The game has managed to shed almost 90% of its player base in the months since its release, and those who are left have been expressing their dissatisfaction with some of the latest changes to the game. With a lackluster story, repetitive gameplay, and still an aggravating amount of bugs to wade through, it would seem New World was not quite the gamechanger that Amazon hoped it would be.

With the Hollywood star power of James McAvoy, Daisy Ridley, and Willem Dafoe behind it, Twelve Minutes seemed like it was going to be a slam dunk. A time loop-based mystery-driven twist on the point-and-click genre, the game premiered at PAX East in 2015 but really seized the attention of the public after a showing at E3 2019. Due to the pandemic, the game was delayed like so many others, eventually hitting virtual shelves in August 2021 rather than the originally-intended 2020.

When the game did release, there was a lot to like: the performances of McAvoy, Ridley, and Dafoe were highlighted by many reviewers as a particular high point, managing to perfect delivery and expression even with a top-down perspective that obscured characters’ faces. However, many players found the ending, in particular, to be messy at best, and nonsensical at worst. Others found the narrative use of incest and violence — much of which is directed towards the main character’s wife — to be tasteless or offensive.

People found some issues with the mechanics as well, with some console users lamenting the lag of mapping point-and-click input onto a controller, especially when faced with some convoluted puzzles with solutions tied very closely to specific points in the ten-minute loop. All in all, Twelve Minutes was rather a mixed bag, and vanished from public discussion almost as quickly as it had appeared.

Nintendo has had something of a tortured relationship with game preservation over the years. Many have lambasted the company for fiercely gatekeeping access to its extensive back catalog and coming down hard on emulation sites and fan-driven efforts at preservation. Things looked to be turning around when it announced the incoming expansion for its Nintendo Switch Online service, though. Sure, it cost an extra $30 a year, but it provided access to a selection of classic Nintendo 64 and Sega Dreamcast games alongside the regular subscription’s collection of NES and SNES titles. What could go wrong?

Cracks started to show pretty quickly. Fans lamented the paltry selection of games available at launch, and a widely-shared Resetera thread cataloged the various emulation issues with the service, including frame rate issues, sound glitches, and input lag. The games also featured an unintuitive control scheme which, in a frankly inexplicable failure of accessibility, could not be remapped. Nintendo subsequently expressed that it would be working to fix the issues that had been flagged up, but many fans were still left dissatisfied. With new games being gradually added to the service, the company could still turn things around, but it was certainly an inglorious start to a hotly-anticipated release.

In many ways, Balan Wonderworld had the deck stacked against it from the start. Trying hard to reignite the flame of nostalgia for the PS2-era platformer, the game seemed an odd fit for 2021 with its luridly-colored aesthetic and litany of collectibles. Still, with the popularity of modern 3D platformers like A Hat in Time and the Crash Bandicoot remasters, there was certainly a potential market for a game like Balan Wonderworld, especially with Sonic legend Yuji Naka behind it.

On its release, though, it soon became clear — despite the efforts of a handful of suspiciously-positive user reviews — that Balan Wonderworld was anything but wondrous. The gameplay was tedious, the level design unremarkable, and the controls nigh-on unusable. To make matters worse, the game originally shipped with a seizure trigger, though that at least was swiftly patched out. The other issues with the game were not so easy to fix.

Balan Wonderworld’s reception was so bad that Naka went on to resign from Square Enix in April 2021. However, Naka later revealed that he would be going independent, transitioning into smartphone games, so it would seem that not even a disaster like Balan could entirely dethrone the creator of Sonic the Hedgehog.

With rumors swirling about the potential development state of Grand Theft Auto 6, Rockstar decided to throw fans something of a bone this year. To mark the 20th anniversary of the seminal Grand Theft Auto 3, the company announced that it would be releasing a remastered collection of three of the series’ most popular titles. The news was huge, with fans of Grand Theft Autos 3, Vice City, and San Andreas practically salivating to experience some of their favorite games in crisp 4K, with improved textures and graphical fidelity.

Unfortunately, things took a turn upon the game’s release in November. Far from an exciting and modernized return to form, Grand Theft Auto: The Trilogy – Definitive Edition was widely considered a buggy mess at launch. Players were greeted with soulless landscapes stripped of their original charm even as the sharper edges were smoothed out, populated with glassy-eyed husks of characters that managed to exude less personality even than the original PS2 models.

The port was so poorly executed that it even initially included the code for the infamous Hot Coffee exploit. The various cut corners had a marked effect on the game’s reception, releasing to mixed and negative reviews and garnering an impressively dire Metacritic user rating of 0.5/10. Definitive indeed.