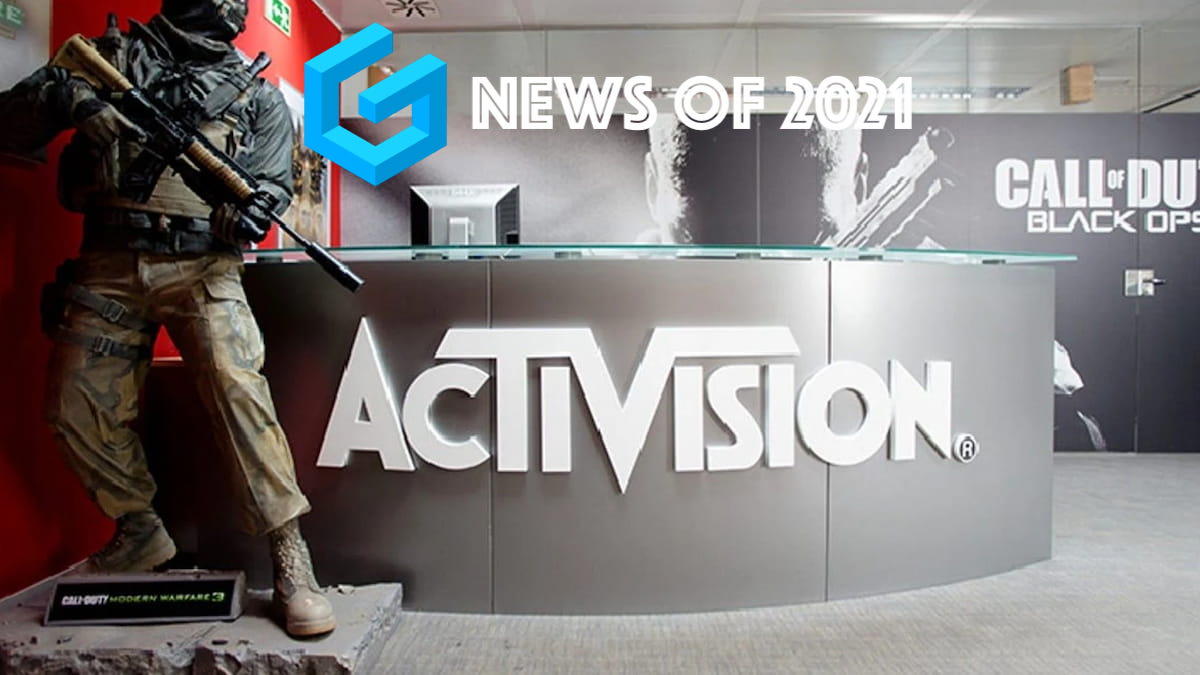 Every year is jam-packed with video game news, but 2021 was a bit of a different beast. The industry saw almost too many delays to count, more than a few messy launches, and a long-overdue look at some serious allegations that have troubled studios for years, just to name a few trends. These are the biggest news stories of the past year.

A deluge of delays

COVID has yet to go away for real, leaving many developers working from home. This inevitably led to a long list of game delays. While the likes of Halo Infinite were pushed into 2021 and are now out there for everyone to enjoy, many titles were pushed out of the year into 2022 and beyond. Horizon Forbidden West, Shadow Warrior 3, and Advance Wars 1+2: Reboot Camp all found themselves delayed to next year. Elden Ring slid back by a month, which may be small by comparison, but a delay’s a delay. Some titles like Pragmata were even pushed beyond next year into 2023.

Even hardware fell victim to the delay game — Steam Decks will start shipping in February, instead of by the end of the year as Valve originally planned. Supply chain shortages were the root cause there, which is also why current-gen consoles remain in such high demand. Hopefully, these issues clear up in 2022, bringing us the games and gaming devices we want.

PlayStation and Xbox strengthen their studios

While games were being delayed, the creators behind them were being scooped up left and right. PlayStation Studios has greatly expanded its first-party roster over the course of the year, and the most recent addition is God of War co-developer Valkyrie Entertainment. Valkyrie joins the likes of Returnal developer Housemarque and Demon’s Souls remake mastermind Bluepoint Games. Bluepoint’s acquisition was even mistakenly tweeted early — PlayStation is very trigger-happy with all these new ventures, it seems.

On Microsoft’s side, the biggest addition is unquestionably Zenimax Media, parent company to Bethesda Game Studios. The deal was finalized in 2021, resulting in an exclusive Xbox Series X/S launch for next year’s Starfield. The Elder Scrolls VI is pretty much in the same boat, according to Xbox boss Phil Spencer. This all greatly bolsters Game Pass for Xbox and PC, as all first-party Microsoft titles continue to release day one on that service.

Rockstar Games’ Grand Theft Auto series is a titan of the gaming industry — ask any average person on the street, and they’ll likely be familiar. That makes the messy launch of Grand Theft Auto: The Trilogy – The Definitive Edition so much more disappointing. Over 100 bug fixes came in the latest update, after Rockstar apologized for the games’ many technical issues — even the infamous Hot Coffee files were somehow left in the code. These issues caused a delay for the physical versions of the game too. While it was only a 10-day setback for most versions of the game, Nintendo Switch owners won’t be able to get their cartridge copy until 2022.

The remastered games deserved much more attention than they seem to have gotten. The fact that Rockstar parent company Take-Two took modders to court over efforts to restore the older games, only to put out such a messy product themselves, is a big bummer.

The Steam Deck is on deck

It may be delayed, but the Steam Deck has been a big deal ever since its announcement this summer. New games from Valve are rare enough, but an entirely new piece of hardware — one that takes the PC experience on the go — is a watershed moment for the company. Competing with the likes of Nvidia Shield, it’s said to have little difference in performance whether you’re playing games docked or undocked. The portable PC has some solid specs, and Valve has no qualms with modders playing around with the device as if it were a standard PC tower.

Supporting the Steam library is a major factor here, and Valve is reviewing the entire library to ensure maximum compatibility. Well maybe not every single game — blockchain games getting kicked off the store. That still leaves a massive lineup of triple-A and indie PC titles that will be available to play when units arrive in February. Just don’t expect any exclusives.

The United States has seen some serious rethinking of its economic and social structures over the last few years, and sitting at the intersection of many issues is Activision Blizzard. The monolithic publisher came under fire as the SEC itself began investigating it for discrimination and poor workplace practices. A stream of reports soon followed, including a an employee who said she was demoted after filing a sexual harassment complaint and former Blizzard co-lead Jen Oneal only being offered equal pay after resigning from the company.

These paint a terrible picture of work at Activision Blizzard, to the point where employees staged multiple walkouts in response to CEO Bobby Kotick’s handling of the company. A Workplace Responsibility Committee was formed as calls for his resignation went out — calls only made stronger by the fact the company’s zero tolerance policy apparently doesn’t apply to the big boss. Union-busting emails soon followed, bringing a full mask-off understanding of Activision Blizzard’s terrible handling of the situation. Gamepur stands with the victims and employees as the situation only continues to worsen.